(Michigan City, IN) - A La Porte County Police officer came out the winner in a donut eating contest today.  Sgt. Andrew Hahn ate nine donuts in 10 minutes then was congratulated by his aunt, who squeezed his cheeks after the contest.

He defeated Michigan City firefighter Randall Hallett by one donut.  Hallett tried shoving three stacked up donuts into his mouth toward the end of the contest but he couldn't take another bite.

There were eight other contestants at Blue Chip Casino.  The 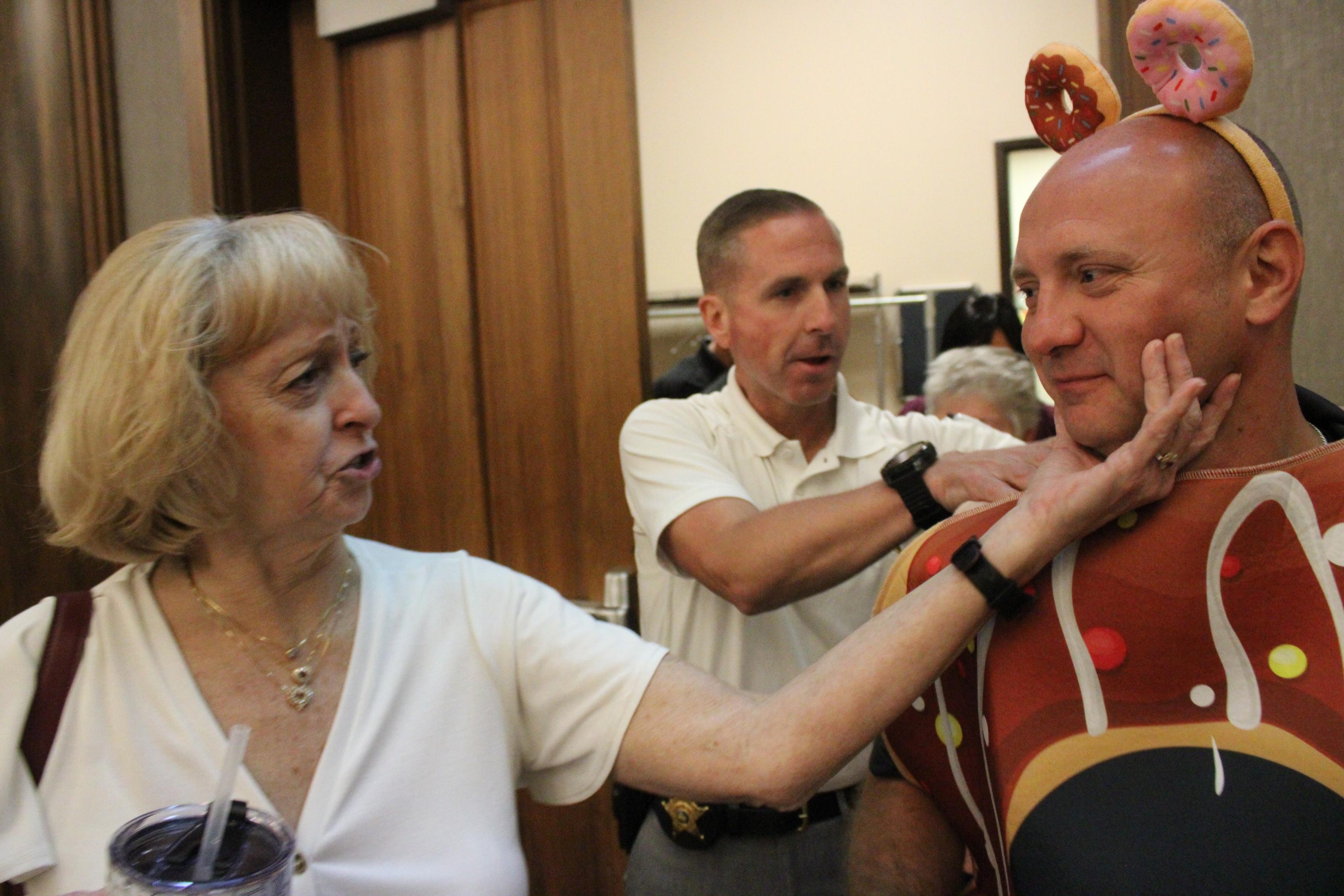 fund raising event was for the Michigan City Salvation Army which has hosted five previous donut eating competitions on National Donut Day.  About $1,000 was raised by the contestants today while Blue Chip Casino kicked in another $50,000.

He said mind over matter, a technique he was advised to use prior to the contest, allowed him to keep eating when he felt like stopping.  “I didn’t know if I was going to make it or not.  It was getting hard to put some more donuts in,” he said.  Eventually, Hahn couldn’t keep ignoring what his stomach was telling his brain and gave up with 30 seconds left on the clock.

National Donut Day was started by The Salvation Army during the Great Depression to raise funds and bring awareness to the evangelical organization’s social service programs.  The name stems from the efforts of women in the Salvation Army going to France starting in 1917 to help comfort and encourage soldiers during World War 1.

Michigan City firefighter Scott Kaletha holds the record in the competition by eating 15 donuts in 2018 with help from a half gallon of milk.