(La Porte, IN) - About a dozen people were in line when the doors in La Porte opened Thursday for children ages 12 to 17 to receive a COVID-19 vaccination.  Everyone receiving the vaccinate were instructed to return on June 10 for their second shot to be fully protected.

Connor Rahn, 15, said he didn’t hesitate when told about the one day clinic at the Civic Auditorium by his parents.  Rahn said he won’t have to worry any longer about hanging out with friends or going to Florida as a Pop Warner football cheerleader if the La Porte team advances to the finals this year.  “I think we’re all just ready to get back to normal,” said his mother, Shelly.

100 doses of the Pfizer vaccine were provided by Walgreens.  The pharmacy chain was contacted by the mayor’s office in response to parents asking where they can go to get their children vaccinated after the state recently lowered the age limit.  “They were more than willing to help,” said Mayor Tom Dermody.

So far, the Pfizer vaccine is the only one approved by the Federal Drug Administration for use in children as young as 12.  Vials of the vaccine stored at 70 degrees below zero were brought from the Walgreens at U.S 20 and U.S. 421 in Michigan City, said Dan Whelan, a pharmacy technician for the drug store chain.  To receive a shot, Whelan said a child had to provide written consent from a parent or guardian who also had to be present. 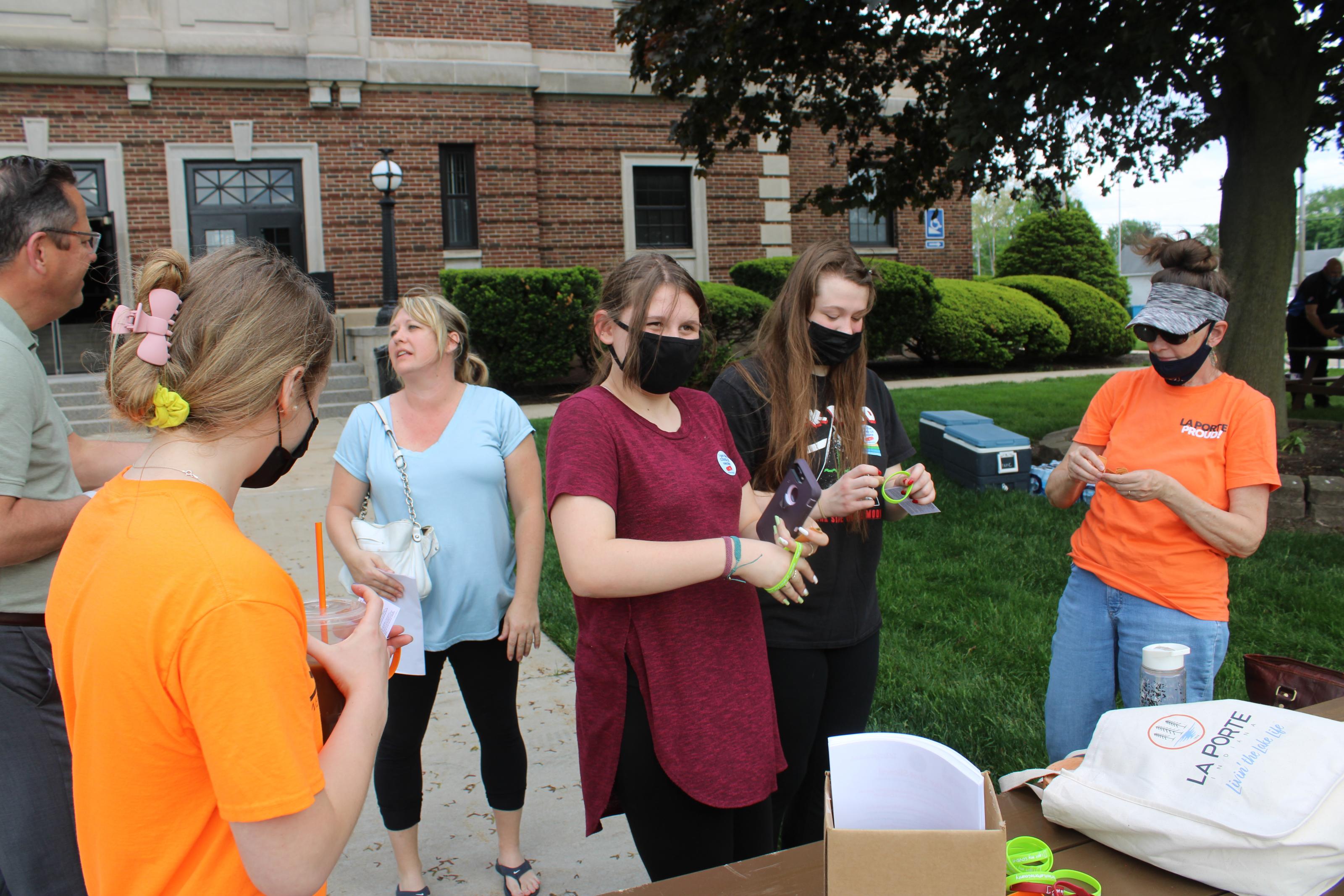 daughters, Liberty, 17, Ireland, 15, and Hope, 13, after learning about the four hour clinic on social media.  “I was going to get them vaccinated no matter what but I just figured this was a big group thing and I had all three right after school.  It was easy. It was convenient,” she said.  “I was nervous at first but it really didn’t hurt. I’m glad I got it,” said her daughter, Liberty.

Melissa Worthington showed up with her 14-year old son, Tristan.  “It’s about keeping everyone else safe,” she said.

Hot dogs and slices of pizza were offered to every children who received a vaccination.  Dermody said up to 100 children might not seem like a lot but gets everyone a step closer to returning to normal.  “I think people are ready for this summer after missing out a majority of last year,” he said.