(Michigan City, IN) - The winds of cash savings for going green are blowing toward the maker of industrial air compressors outside Michigan City.

Sullivan-Palatek on Wednesday was presented with an over $15,000 check from NIPSCO.  The amount represents a projected one-year savings on their electric bill from a project to conserve energy at the plant on U.S. 20 near Hitchcock Road, said Kirby Dipert, Field Engineer for TRC.

TRC, a professional services provider with regional offices in St. 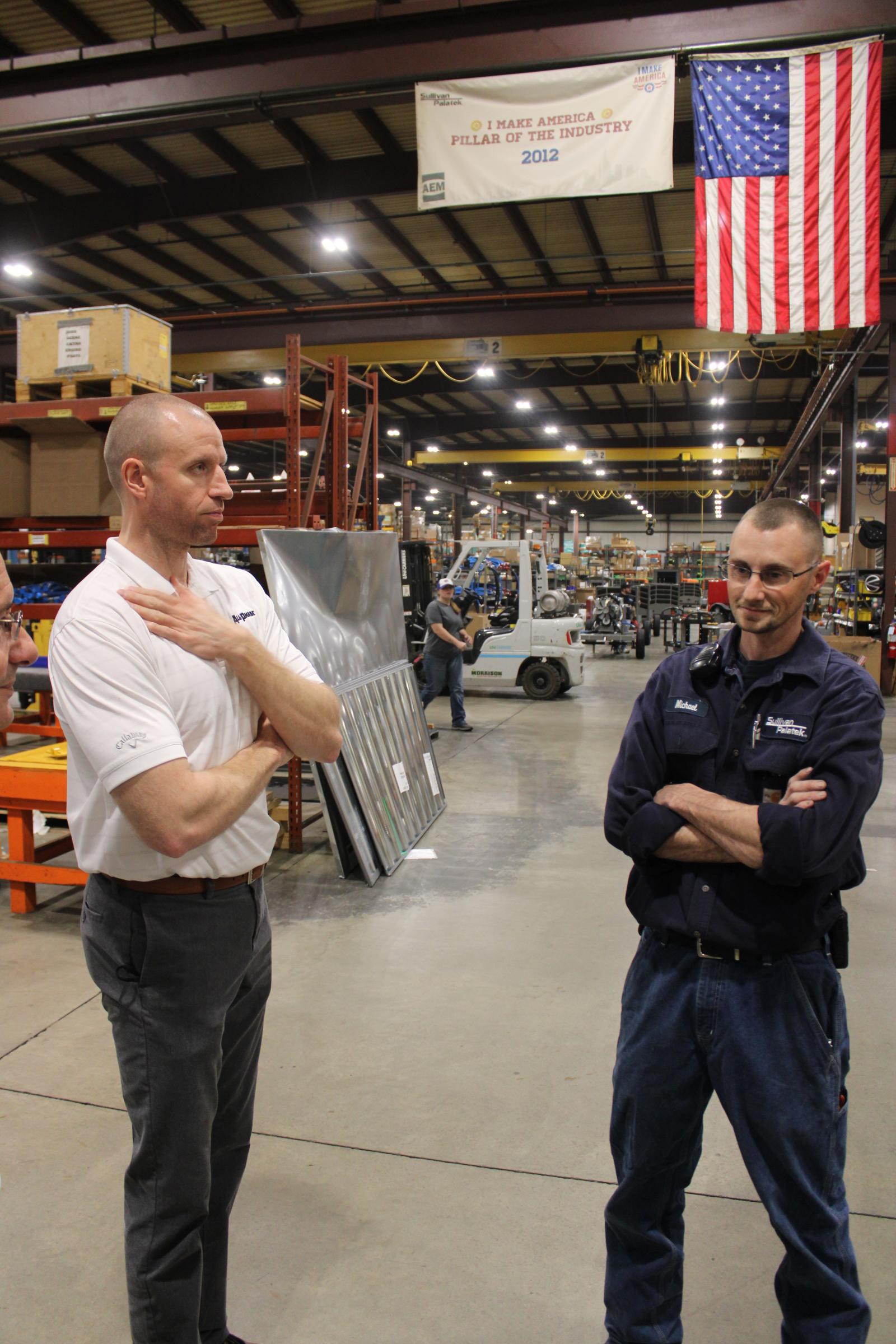 He said the positive impact on their electric bill and quality of the lighting has been noticeable after making the switch two months ago.  Not only is it easier to see throughout but shadows cast in certain areas were eliminated.  “We even got some employees that want to have tinted safety glasses now because of the brightness of it,” Newcomb said.

Michael French, Maintenance Manager at the facility, came up with the idea to offset what his employer was spending for electricity.  Newcomb said the decision to go ahead with the project was made after learning it would take just slightly over a year to reap a full return on the investment.  The check also serves as a partial rebate on the cost.

Converting to LED lighting is planned next in the office and parking lot of the company, he said.  Similar efficiencies under the same program are also being considered to reduce consumption of natural gas at the plant.

Dipert said the incentive is offered to prevent demand from exceeding the amount of energy utilities can produce themselves especially during extreme conditions.  He said utilities running low are forced to buy energy at a cost higher than what they can produce it then have to pass along the expense to customers.  “The more customers they can get on energy efficiency programs the less of a chance they have of being unable to provide the needed power in the heat of the summer or in the cold of winter,” Dipert said.

Newcomb said about 150 people are employed at Sullivan-Palatek which had $80 million in annual sales worldwide prior to COVID-19.  The company has existed for about 35-years.