(La Porte, IN) - A LaPorte manufacturing company has chosen to stay instead of moving elsewhere to grow.

A groundbreaking was held Wednesday on a 30,000 square foot addition at E-PAK Machinery.

A more than 60-percent increase in space will allow the company to keep up with increased demand for liquid filling machines designed and made at the plant, said Ron Sarto, Chief Executive Officer of the company.

Sarto said the construction of a steel building next to the existing structure would be completed in September. 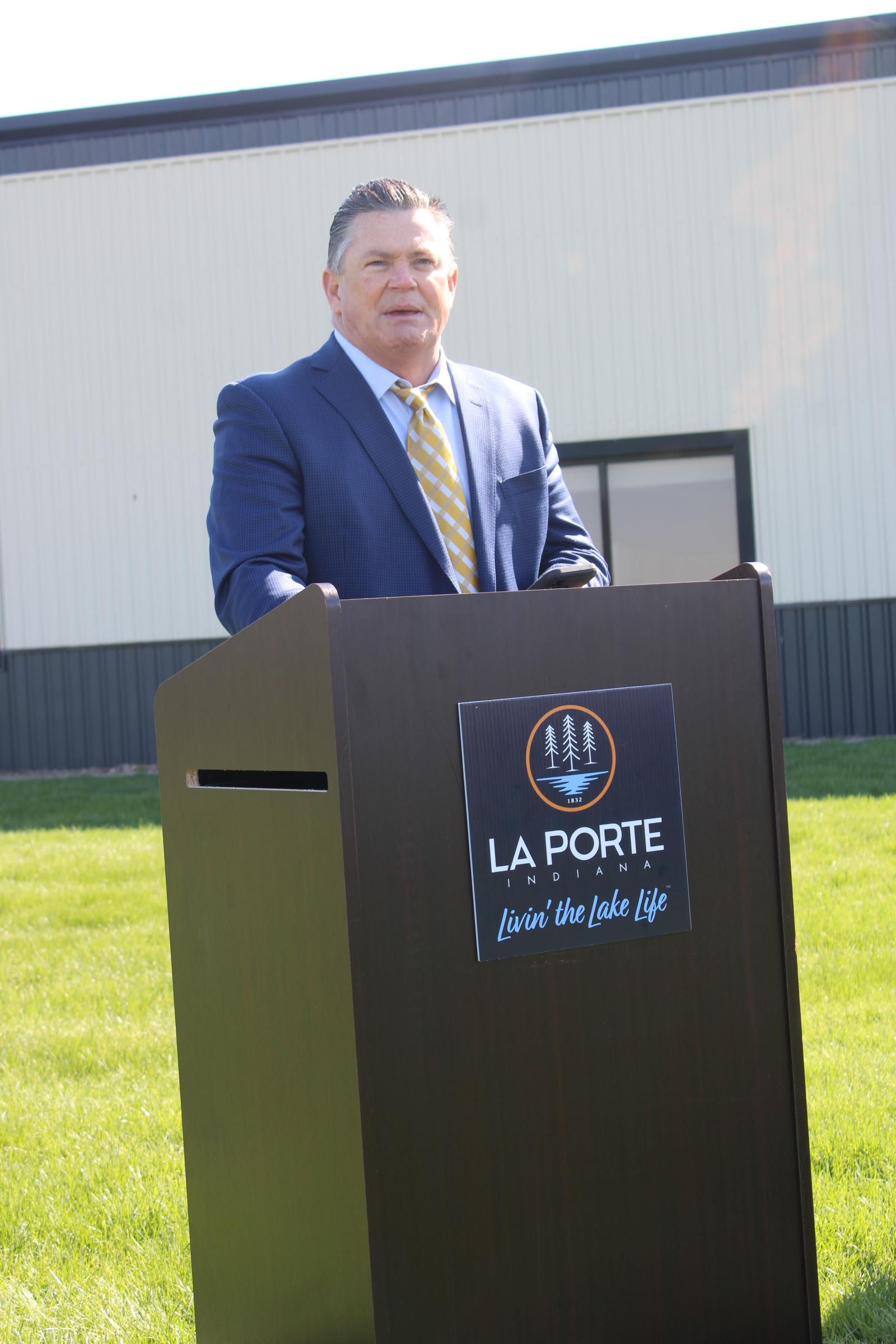 “It’s a significant expansion for us,” he said.

Currently, about 60 people work at the company on Indiana 39 near LaPorte Municipal Airport.

Initially, another ten new employees will be added, but Sarto expects the workforce to grow even more if the increase in customer orders keeps pace.

The machines are sold to companies using them to fill containers with everything from juice, distilled spirits, and cleaning solution.

Because of the pandemic, Sarto said much of the higher demand has been for machines capable of dispensing hand sanitizer into bottles and other packaging.

In January, the company, looking at other sites elsewhere to grow, was offered a 10-year tax abatement on the new construction and $750,000 in additional equipment.

The idea was to persuade the company to stay.

Sarto said he couldn’t overlook the strong ties the company built locally in its 20-years of being here.

“Probably the biggest factor was the team that we have here and the people we support in the community and the community’s support of us throughout the process,” he said.

On average, workers at the plant make anywhere from $17 to $21 an hour, said Tony Swedersky, president of the company.

The firm has two other locations in Ludington, Michigan, and Buffalo, New York.