(La Porte, IN) - Many people couldn’t resist the temptation of being vaccinated against COVID-19 without stepping out of their vehicles.

Gina Sainato, 53, of Valparaiso made the drive to LaPorte for 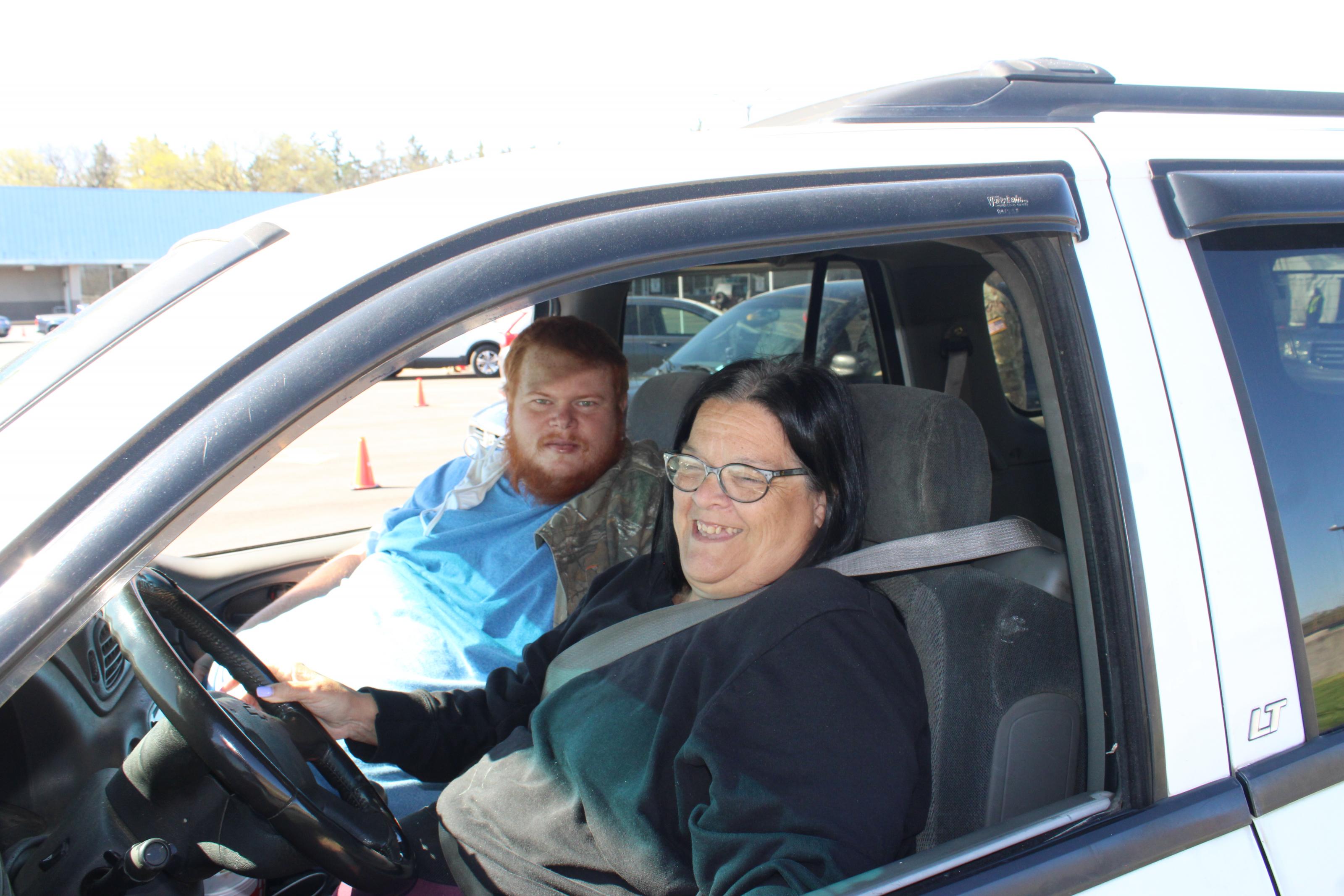 her 16-year old daughter to be vaccinated on Tuesday.  “We heard that it was fast and convenient and that everyone was really nice and they were right,” she said.  Sainato said she was vaccinated in July but her daughter, Sophia, became eligible recently once the age limit in the state was lowered to 16.

The outdoor vaccination clinic operated by the Federal Emergency Management Agency with help from the Indiana State Department of Health started administering the Pfizer vaccine on Tuesday.

According to ISDH, reservations are preferred but the clinic accepts walk-ins.  The drive-up clinic in the parking lot of Maple Lane Mall on Indiana 2 will operate daily from 9 a.m. to 6 p.m. through Saturday, ISDH officials said.

People being vaccinated reported it took just a couple of minutes to receive their shots once pulling up.  They had to remain in their vehicles for 15 minutes to make sure there were no side effects before pulling away.

Betty Day, 79, of LaPorte said she is no fan of being stuck with a needle but this shot “didn’t hurt a bit.”  She especially liked not having to walk and the usual delay involved before served at a more traditional medical facility.  “If you got to wait you might as well be comfortable.  This is comfortable,” she said.

Marsha Smith, 60, and her son, Billy, 34, both of La Porte, had appointments to be vaccinated elsewhere in late May but changed their plans while driving by the site.  “We decided to go ahead and get it done.  The faster, the better. It was quick and easy,” she said.

The people vaccinated during the first 90 minutes were given appointments to come back to the drive up clinic for their second and final shot on May 4.  According to ISDH, La Porte and Elkhart counties on Tuesday had the highest rate of people testing positive for the virus the past seven days at 10.2-percent.  The positivity rate in Porter County was 8.8-percent while it was 6.7-percent in Lake County, according to ISDH.