(La Porte, IN) - A Michigan City man is charged with taking a life in a motor vehicle crash last year.  60-year old John Niego made his initial appearance today in La Porte Circuit Court on charges of level 5 felony reckless homicide and other counts. 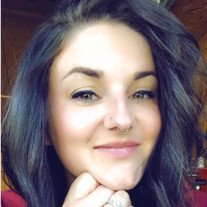 He’s accused in the death of 29-year old Taren Abair from the Hanna area.  According to court documents, the crash occurred in July on U.S. 6 near Walkerton.  The investigation shows Niego was driving erratically for several miles before sideswiping an oncoming semi truck.  He then struck a van driven by the victim behind the semi.  According to police, the victim’s two-year old child, riding with her, was not seriously hurt.

Niego was seriously hurt.  He had not consumed any alcohol, police said.   No light was shed on the reason for his alleged erratic driving.

Niego could face anywhere from one to six years on the most serious of the criminal allegations.