(La Porte, IN) - There was a wild 15 mile police chase that ended in the City of La Porte late this morning.  Police said the suspect fled during a traffic stop.

According to the police radio traffic, the chase began on Range Road near 800 North and back and forth through various fields on several occasions.  At one 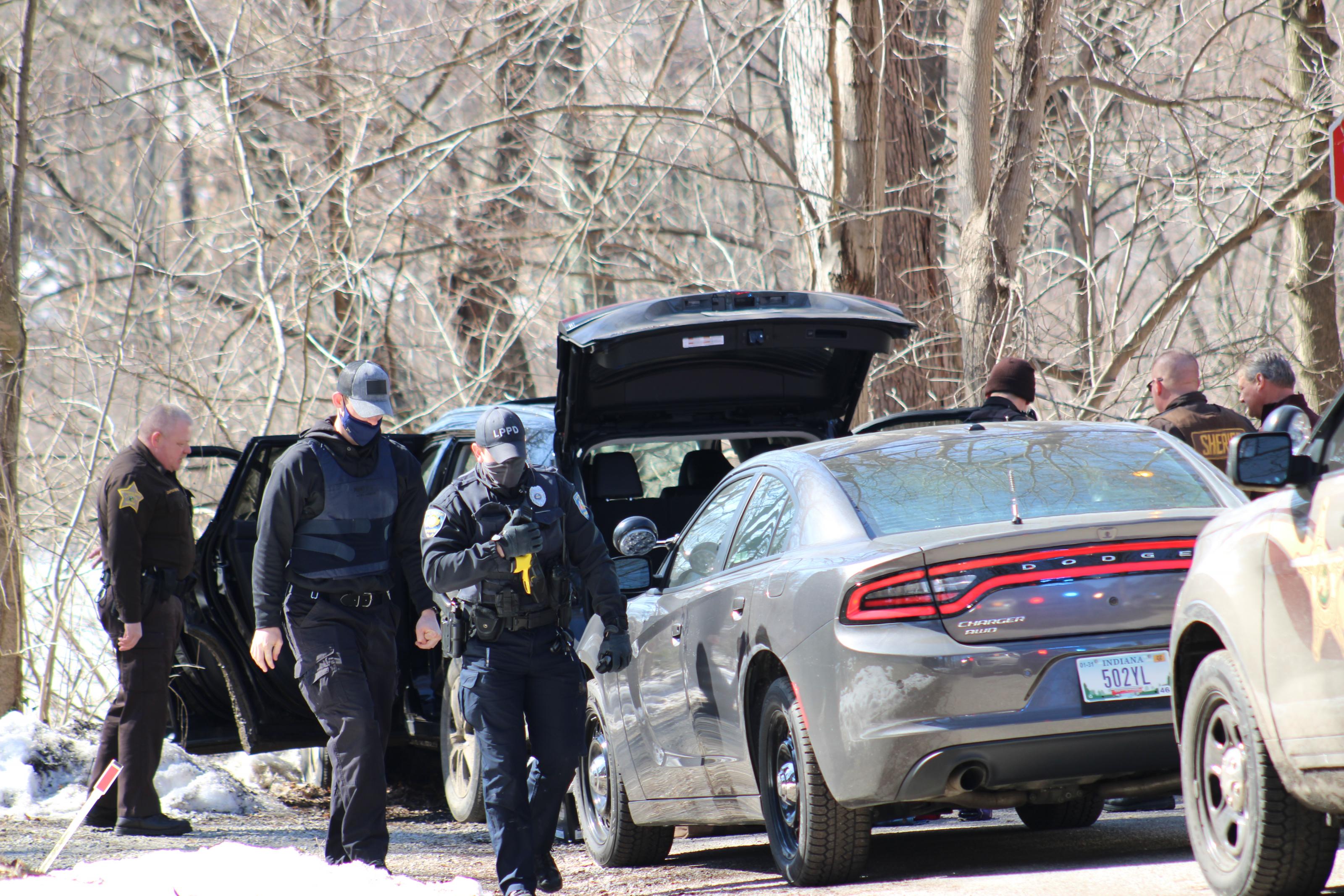 point, the chase after crossing Indiana 39 veered back to the two lane state highway andheaded south, crossing U.S 20 in Springville then eastbound on Severs Road just outside La Porte.  Eventually, the pursuit stopped at a dead end on Pennsylvania St. near Craven Pond.

We spoke to Kathy Spiegel, who was out for a walk on Craven

Drive as the chase was reaching a conclusion.  “We were out walking down Craven and we saw all the cars coming with the lights and as soon as we got to the tree line on Craven we saw about 5 cops with their guns drawn,” she said.  Spiegel said she also saw what looked like a man in handcuffs being placed into a police car.

La Porte County Police Capt. Derek Allen said further details will be released once the matter advances further into the investigation.  According to the police radio traffic, the suspect was driving a car with Illinois plates and apparently was tossing undisclosed items out of the vehicle during the pursuit.