(La Porte County, IN) - A house was destroyed by fire in La Porte County over the weekend.  The Saturday night fire was on Forrester Road in Coolspring Township.

Assistant Chief Warren Smith says nobody was injured.  He said the man living there told investigators he began using his fireplace then went to his garage.  He later discovered smoke after returning to the residence.  “The house was full of smoke and he was unable to get in,” Smith said.

Smith, who was the first emergency responder to arrive at the scene, said there were flames already coming out of the front and back windows of the residence.  He said the bitter cold didn’t help any chance firefighters might have had to 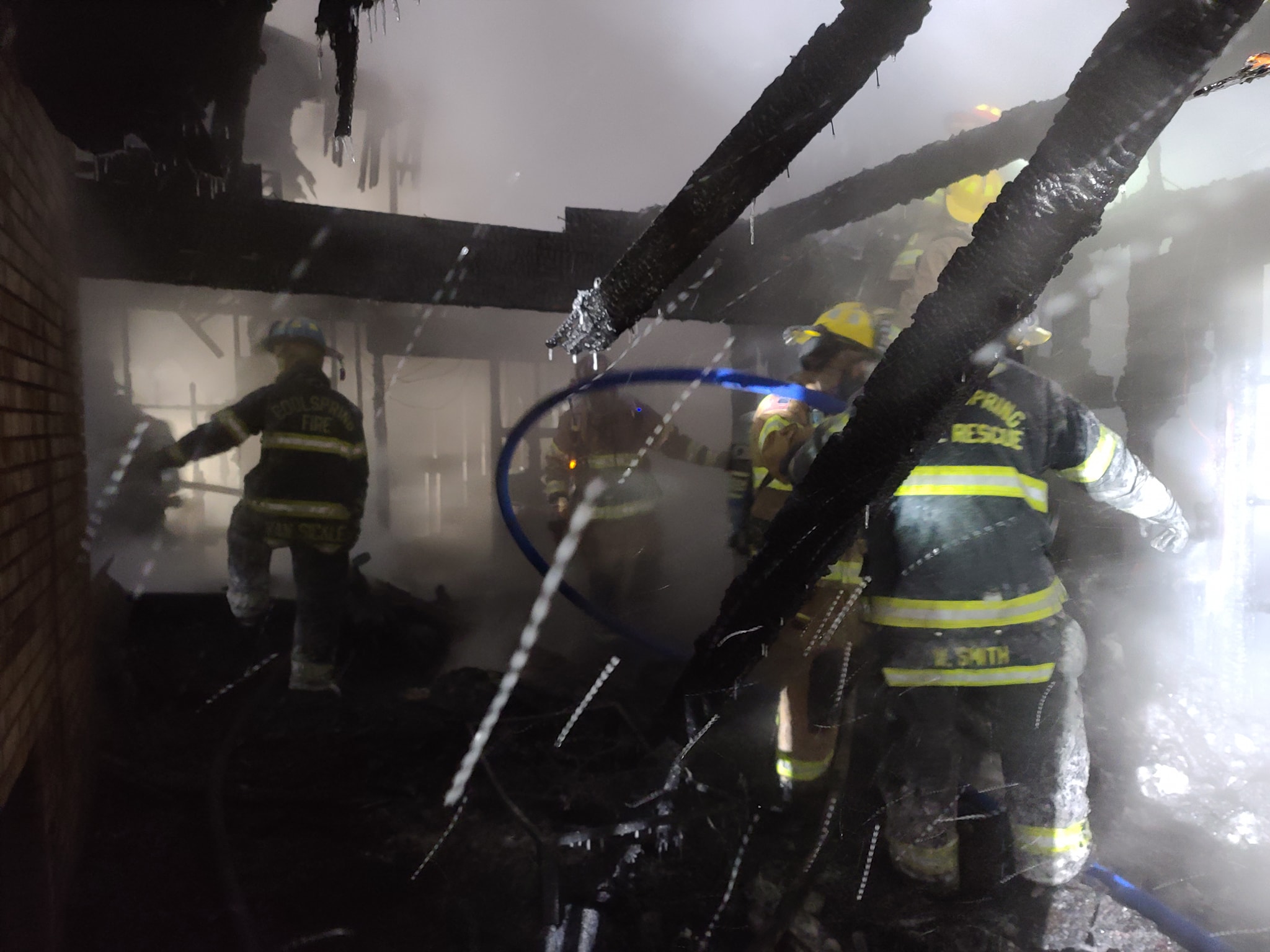 save the structure.  “Everything started freezing up.  It was just a difficult fire to fight,” he said.

He said the residence was the second home of the owner, who is from the Chicago area.