(Lansing, MI) - Thousands of coaches, players and parents from Michigan turned out for a peaceful demonstration at the state capitol building in Lansing over the weekend.  They all want the high school basketball season, delayed by COVID-19, to start right now.

New Buffalo High School Boys Basketball Head Coach Nate Tripp was there with several players from about 12 p.m. to 3 p.m. on Saturday. 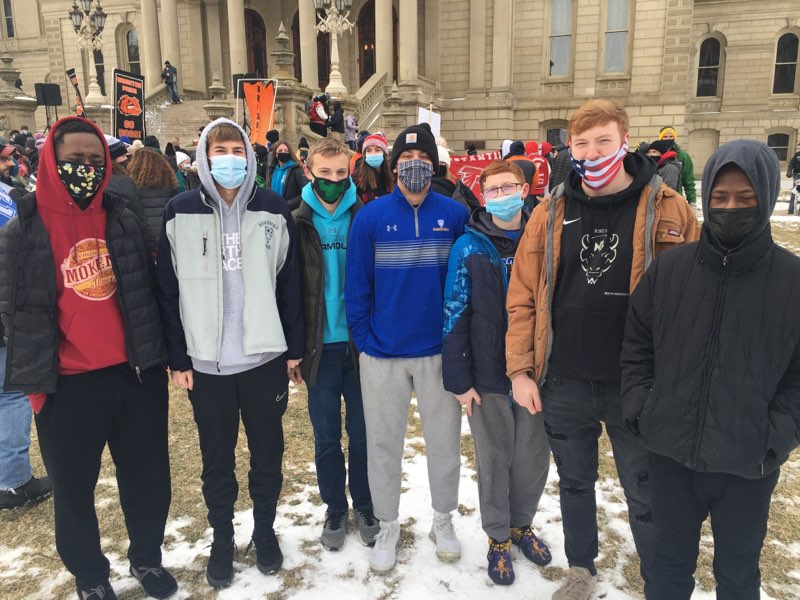 He said it’s not fair to players in Michigan when games are being held safely in other states, including Indiana.

Tripp said many people in the crowd were chanting “let us play.”  “It was just an enormous turnout. Definitely in the thousands.  Schools were there representing their colors. Holding up their banners,” he said.

Right now, basketball games are not scheduled to begin until February 21 under the Michigan governor’s current COVID-19 restrictions.  Tripp said the season needs to start now so enough games can be scheduled for players to have a meaningful season.

Boys and girls basketball teams have been allowed to hold non-contact practice sessions since mid-January.