(La Porte, IN) - La Porte Mayor Tom Dermody made it official last night, announcing he’s running for reelection before a packed house at the Silver Palace.  He said what he promised during the campaign four years ago is being done in areas like code enforcement, quality of life and new housing.

Dermody also mentioned the drastic change at the former Monroe Street Apartments, which was once a haven for drugs, fighting and other problem behavior along with deplorable living conditions. A developer came in and renovated the 40 unit building into affordable, quality housing last year.

“On day one, we sent a strong message.  People are going to live in respectful, clean housing and what’s happened for many years in the city of La Porte before us is no longer going to stand,” he said.

Dermody also vowed to keep pushing hard until the city becomes more of a destination for employers, visitors and new residents. 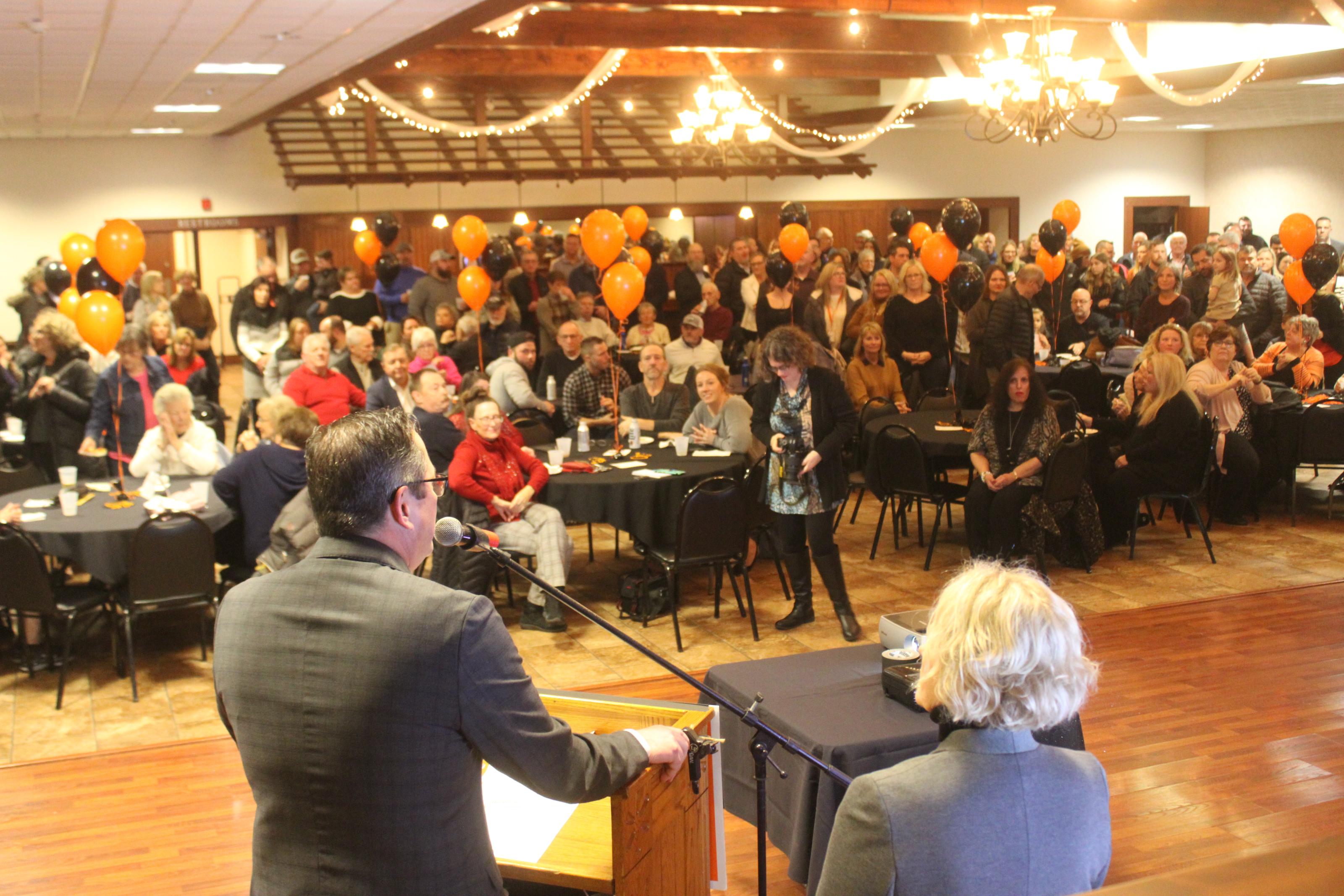 “Whether it’s housing.  Whether it’s water, sewer, road infrastructure.  Having the best quality of life around with our park department and all of our trails, La Porte is going to be the place to be,” he said.

A lot of democrats were at the event showing support for the Republican mayor.

La Porte County Councilman Randy Novak, a Democrat, said one of the things he likes most about Dermody is he works for what’s best for all people and reaches across party lines.

“Tom is here because he wants to make it a better place.  Bottom line and I support that and that’s why I’m here to support Tom,” he said.

“I’m pleased he’s going to seek another term.  We need it.  He needs it and it’ll pay off for our community big time,” he said.

Prior to becoming mayor, Dermody was a state representative for 10 years and member of the La Porte School Board for multiple terms. Dermody grew up in La Porte and was a pitcher for the Slicers under then head coach Ken Schreiber, who many people believe was an influence on Dermody and his winning attitude.

So far, no other candidates have entered the mayor’s race in La Porte with about a month to go before the deadline for people to enter the campaign.