(La Porte, IN) - No gold has been dropped into Salvation Army kettles in La Porte, but there’s been some foreign currency

Two $5 polymer notes from Canada came out of a kettle last week.

“We might just put it in an envelope and ship it to one of our Salvation Armies like up in Sault Ste. Marie or somewhere close to the Canadian border where they can exchange it,” he said. 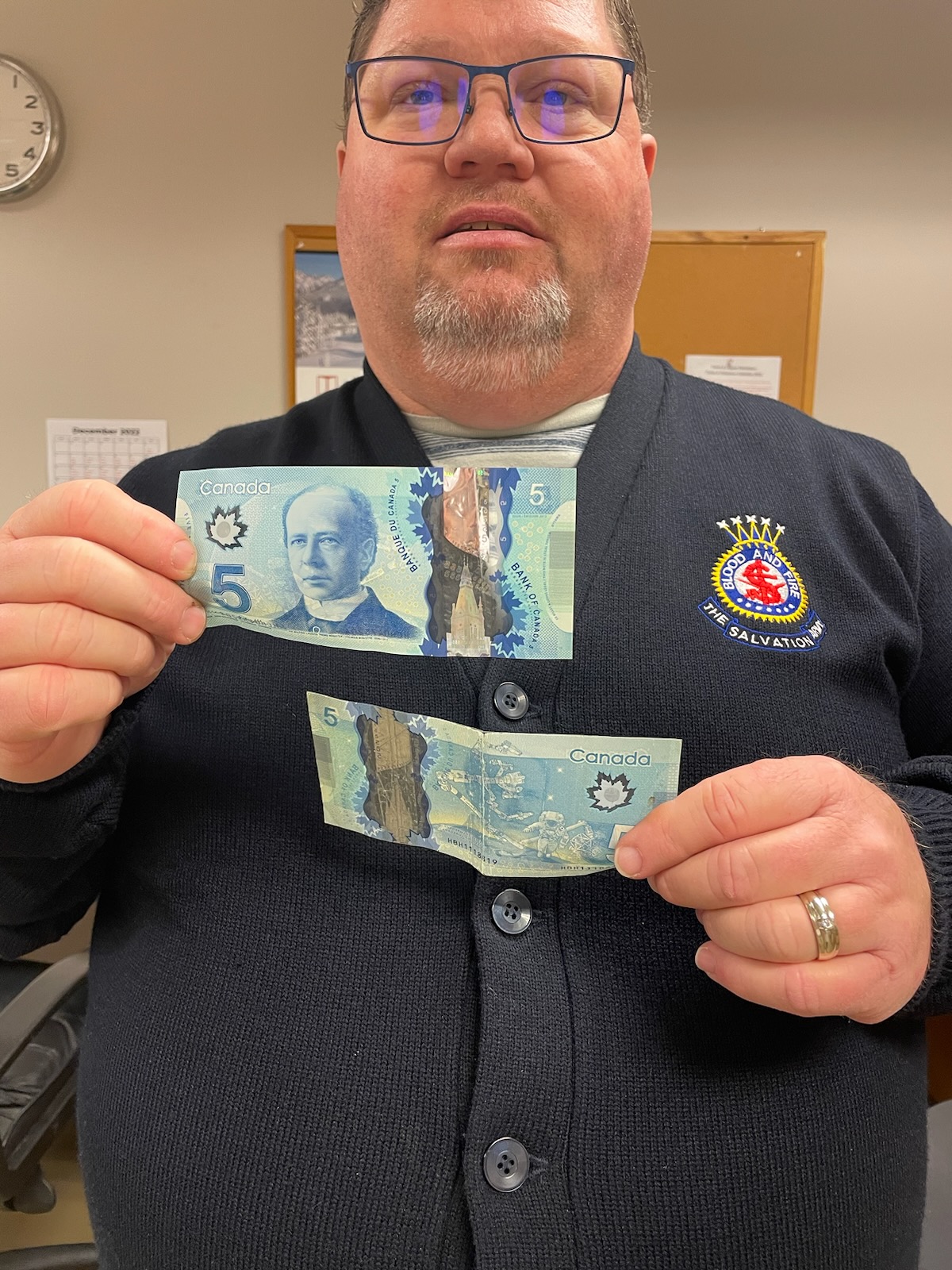 Pinkston has worked at Salvation Army branches elsewhere in the Midwest where foreign currency from places like Mexico and The Middle East have been dropped into kettles in the past. As of Friday, close to $18,000 has come out of kettles in La Porte, with the overall kettle goal this season being $85,000.

Pinkston said the rate of giving in the kettles is going at about the same pace as last year, though not without noting the need for volunteers to ring bells at the kettles in La Porte.

There are plenty of openings and people can sign up to volunteer by calling the La Porte Salvation Army at 326-5342 or go online at registertoring.com.

“They can sign up as an individual, as a group and then they see what locations and times and days are available and they can sign up for as few or as many as they like,” he said.