(La Porte County, IN) - Several horses belonging to children in 4-H were among the farm animals perishing in a LaPorte County pole barn fire this morning.

At least four of the five horses inside the building were killed, according to property owner Mike Eckovich. He said the other horse was unseen since the fire may have escaped the burning 40 x 40 metal-sided structure.

Eckovich said all half dozen or so goats and each one of the roughly two dozen baby chickens inside also died in the blaze.

Eckovich was inside his home about 200 feet away from the pole barn when he heard noise from what he thought was a thunderstorm moving in. He then ran outside after seeing an “orange glow” through a window.

“Within ten minutes, it went from a little flame inside to the whole thing being completely engulfed,” Ekovich said.

The fire also destroyed a horse trailer next to the pole barn.

Four goats inside a pen beside the burning structure were saved by his 19-year son tearing into the metal cage.

“My son just ripped the fence apart on the outside and got them out of there,” Ekovich said.

Eckovich said there was enough time to move another horse trailer away from the flames safely, but the rest was a complete loss.

Eckovich, the owner of a nearby dairy farm on 350 East, said horses and goats were raised on the property for his 4-H daughters, ages 9 and 12, to show during the LaPorte County Fair.

Kankakee Township Fire Chief Chip Winters said damage to the structure was too extreme to identify what started the fire quickly.

“It was pretty much on the ground when we got there,” Winters said.

However, Winters said an extension cord plugged into a heat lamp inside the building to keep the baby chickens warm might have been the cause.

Firefighters from Springfield Township assisted in extinguishing the blaze. 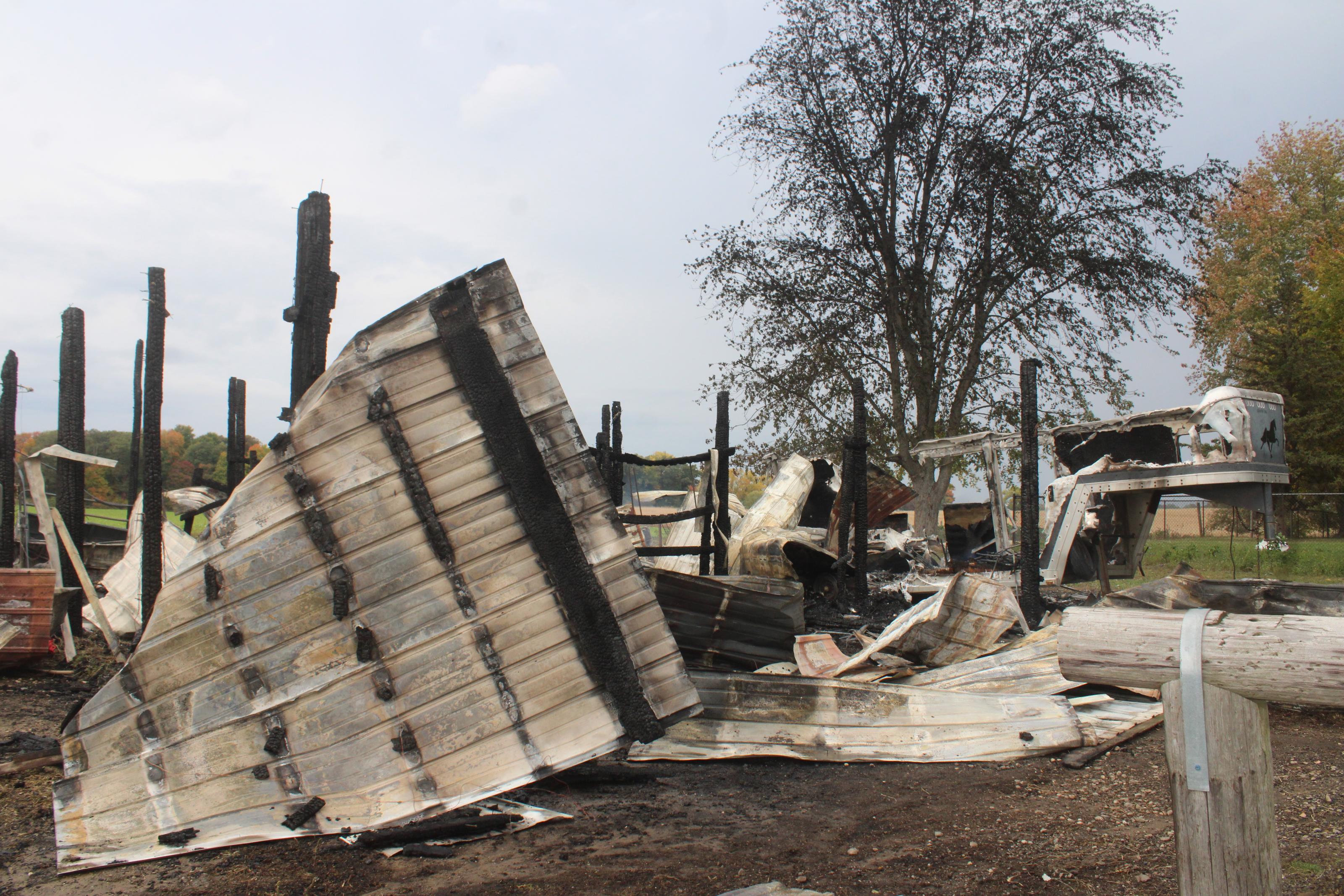