(La Porte, IN) - The cause of a fire destroying more than 40 storage units and the contents inside is under investigation in LaPorte.

Fire Chief Andy Snyder said it might be challenging to identify the cause because of the extent of the damage.

“There was so much devastation and intensity from the fire we’ll do our best to make a determination,” Snyder said.

The fire was contained to one of nine buildings at Infinite Self Storage on 18th St. between Indiana 39 and Andrew Avenue on the city’s southwest side.

Snyder said two firefighters were treated at the scene for smoke inhalation and heat-related exhaustion.

After responding just after 8 p.m., firefighters were on the scene for about eight hours.

Snyder said the fire was very challenging to put out because each unit was like an oven holding heat until the doors on each unit were opened or holes cut in the roof above each unit to get water on the flames.

“They were all like individually contained fires. I was just a complete inferno in each of the rooms,” Snyder said.

Snyder said the heat also set off some ammunition stored inside the roughly 200-foot long and 60-foot wide building.

Off-duty firefighters were called to relieve firefighters, becoming exhausted quicker than usual because of the intensity of the heat and greater effort required to get water inside each of the units.

“The firefighters were quite tasked,” Snyder said.

Snyder said most of the contents appeared to be clothing, furniture, and other typical personal belongings. He said the investigation would include looking at surveillance video to see if someone, perhaps, intentionally started the fire.

Snyder said there were problems with people living in some of the units in the past, but the property owner reported none of the units were being lived in before the fire. 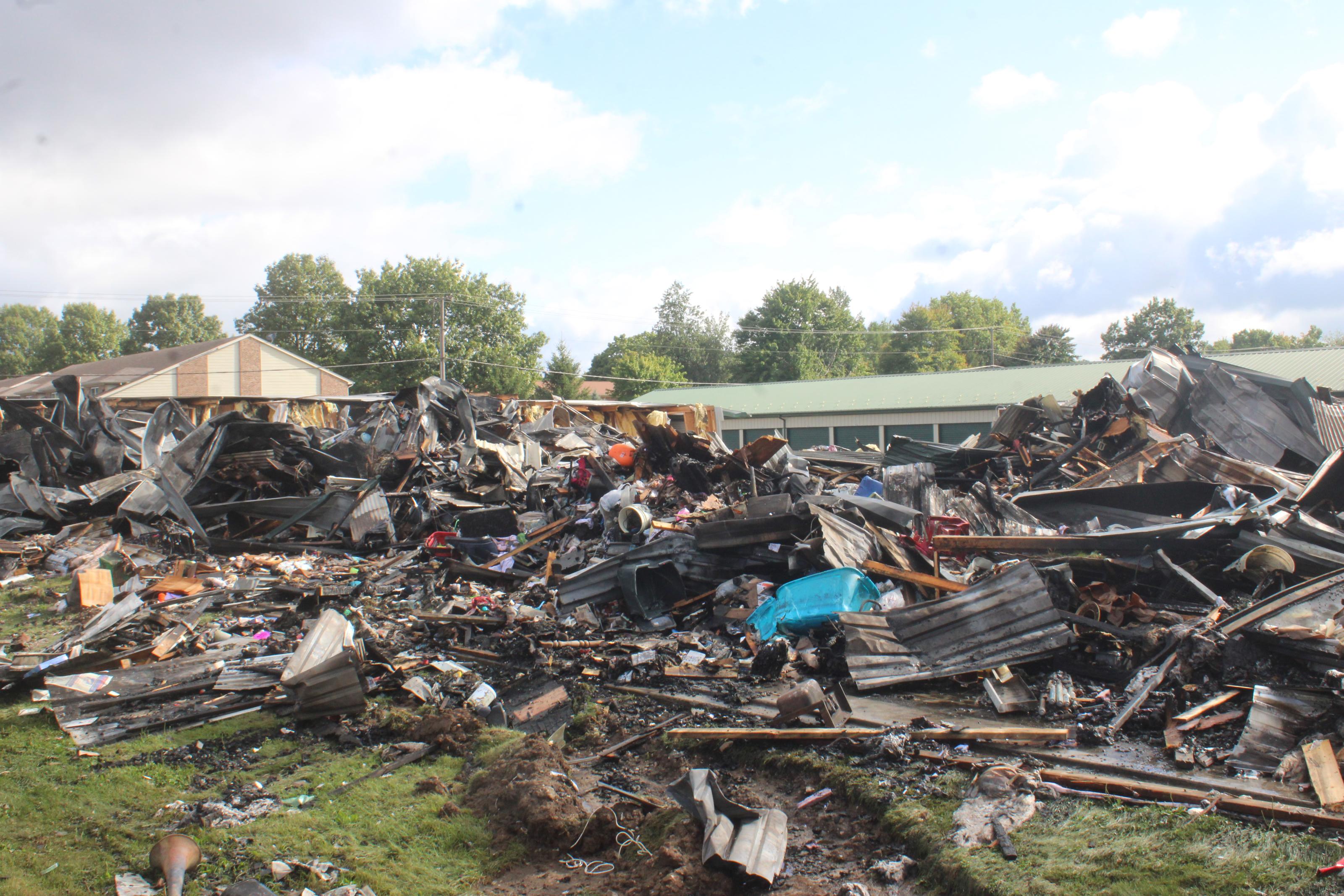