(Trail Creek, IN) - Brandon Wilkerson, a City of La Porte police officer, was arrested and suspended from his job for allegedly having sex beside a vehicle in a parking lot.

According to court documents, a Trail Creek Police officer patrolled Evergreen Plaza at about 6 a.m. on Friday when he encountered an individual standing in the open doorway of a pick-up truck parked near the entrance to Decoy's Neighborhood Bar & Grill. This person was later identified as Wilkerson. 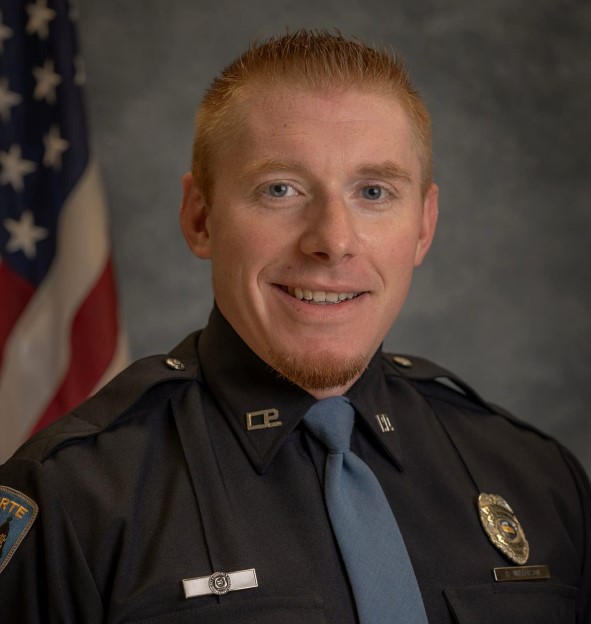 Police said Wilkerson was naked from the waist down and having what appeared to be sexual intercourse with a woman.

After learning about the officer's presence, Wilkerson pulled up his pants from around his ankles. He was then placed in handcuffs, according to court documents.

La Porte Police Chief Paul Brettin said Wilkerson was placed on five days of automatic suspension without pay. He said it's up to the La Porte Police Merit Commission to decide on additional job-related punishment.

Brettin said Wilkerson was off duty and driving his own personal vehicle. He has been with the department since September of 2013.

In June, Wilkerson received the "Medal of Distinguished Service" for safely disarming a man who walked outside and pointed a loaded rifle at officers during a domestic dispute.

According to the police, the woman was allowed to go. Still, the investigation findings will be presented to the La Porte County Prosecutor to decide whether to seek a warrant for her arrest on public indecency charges. The woman had no alcohol in her system.