(Kingsbury, IN) - A garbage truck crashed completely through the side of a house in La Porte County this afternoon.  Miraculously, perhaps, a woman and her baby inside the home were not seriously injured.  The crash happened about noon on U.S. 35 near 400 South at Kingsbury.

La Porte County Sheriff John Boyd said it appears one of the front tires blew on the southbound garbage truck which veered across the grassy median and the northbound lanes before demolishing the south side of the single story residence. 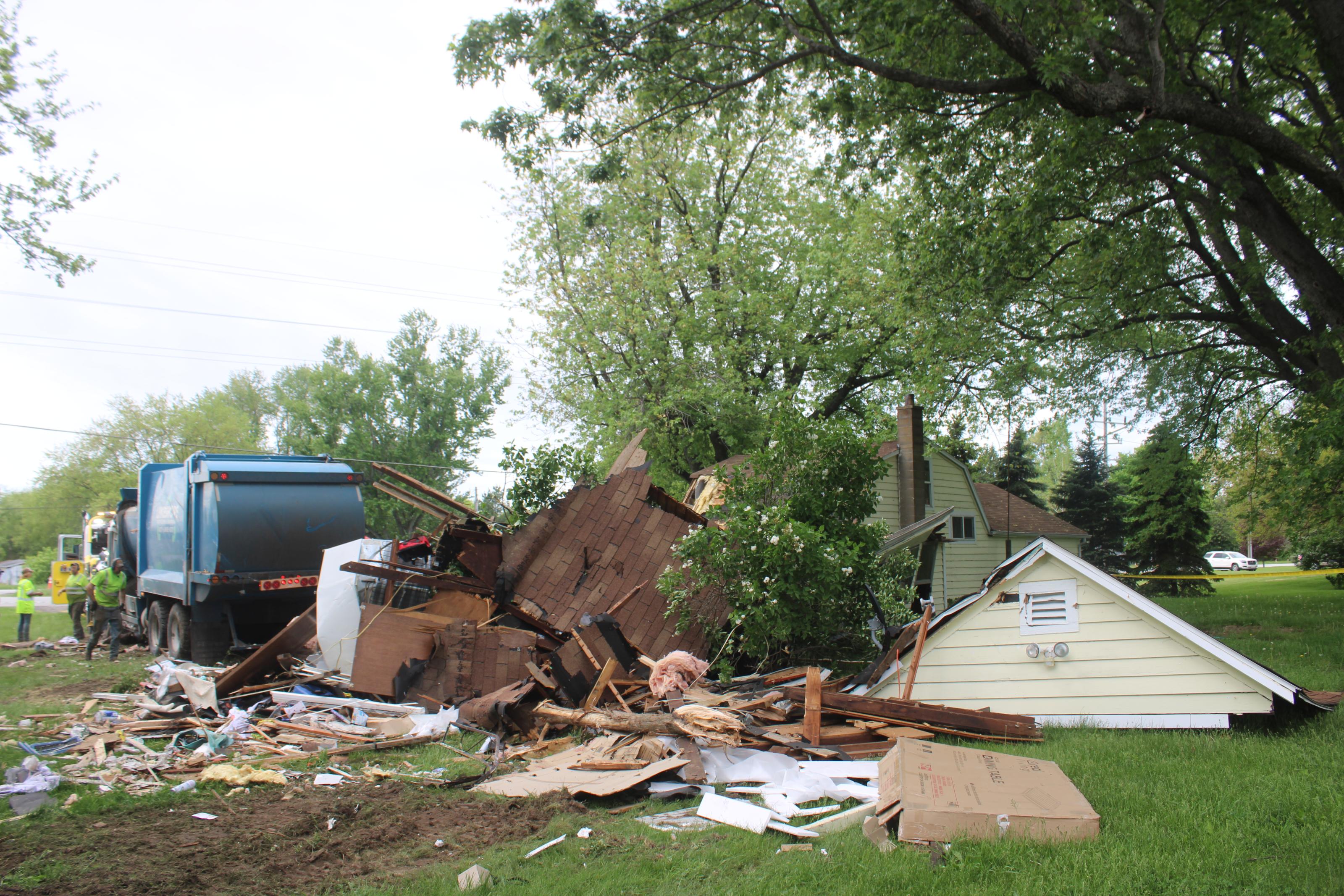 old wife, Simone, and their 11 month old daughter.  Seely said he was at his job in Westville when he received a phone call from his wife.  “She said a truck went through the house and I got here as fast as I could,” he said. 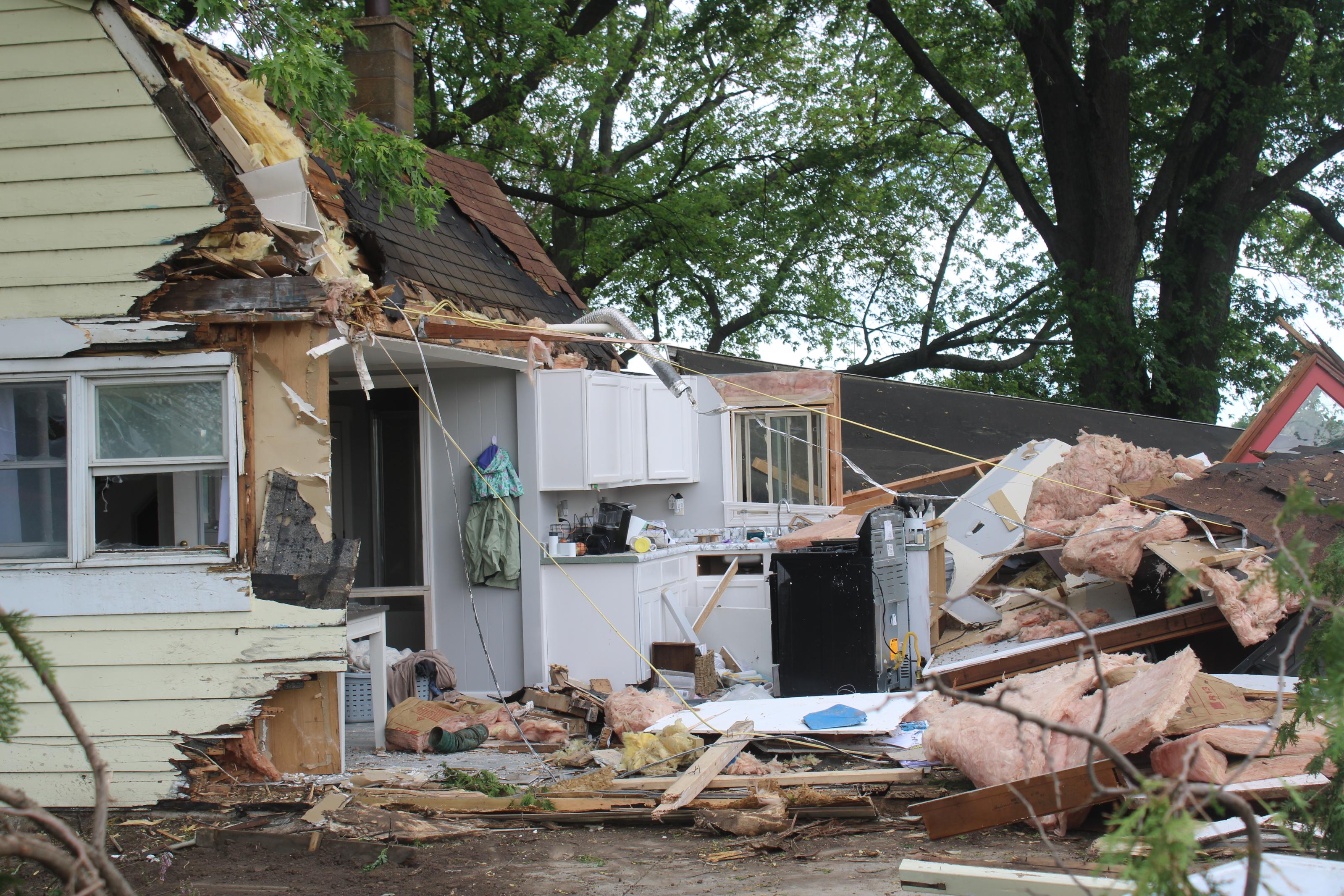 collided into the structure.  “They were far away from the truck,” he said.

Boyd said the driver jumped out of the garbage truck just prior to the collision.  One member of the two man waste disposal crew was taken by a medical helicopter to an outside hospital.  The other person on the truck was transported to a

hospital by ambulance, he said.   Boyd said he did not know their conditions.

Seely said his wife was driven by ambulance to a hospital where she received stitches to one of her knees after struck by some sort of debris.  The baby was not hurt, he said.

Seely said the amount of damage to the house his family rented for about a year didn’t seem real.  “It’s crazy,” he said.

The garbage truck belonged to Lakeshore Recycling and Disposal out of New Buffalo.  The northbound and southbound lanes were blocked to traffic for a while but one of the southbound lanes later reopened.