(La Porte, IN) - The list of streets to be repaired this year in La Porte has been unveiled.

Washington Street from Michigan Avenue to Madison Street and Chicago Street by the Post Office are among the streets to be resurfaced. Other streets on the repair list include Darlington Street and Andrew Avenue near 18 Street.

Mayor Tom Dermody said Michigan Avenue and Chicago Street are a top priority for the city this summer and were mentioned the most by citizens in their questions about upcoming street work. 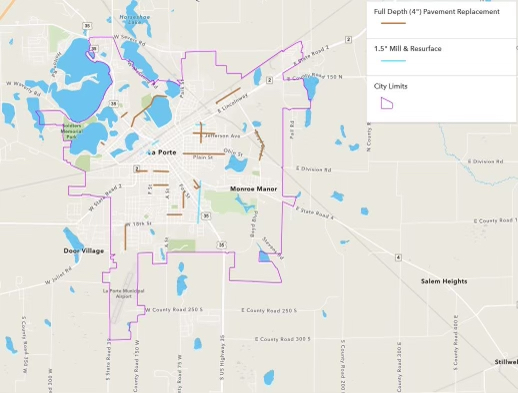 La Porte County Councilman Mike Rosenbaum specifically asked for Chicago Street to be repaved to protect ambulances at the nearby EMS base from the wear and tear caused by the highly patched, bumpy surface.

Dermody said he wishes more could be done, but there’s only enough funding to repair about five percent of the streets each year. Over $1.8 million will be spent on fixing roads this year, and roughly half of those monies are coming from the state.