“Let’s not get into a blame game up here. Is that what you want to do?” Stabosz asked. Winski replied, “No, I want to state the facts."

Council President Randy Novak tapped his gavel a few times to restore order whenever friction developed between Stabosz and Winski during their joint presentation. At one point, Stabosz started shaking his head and walked away from Winski, but before taking his seat replied, “it’s a hatchet job.”

The tax fiasco started when the supplemental homestead deduction was not recalculated from last year, yet tax bills were still sent out. Winski said some people have been trying to minimize what was a serious mistake that she estimates would cost $100,000 or more to correct and mail accurate tax billings.

Winski said there was a step on a checklist in the billing process that someone from the auditor’s office insisted did not have to be done, which caused the mistake. She then asked Stabosz, “where were you when this process was going on.”

Winski said the error even resulted in many churches receiving a small tax bill and even late fees.

“They’re tax-exempt. They shouldn’t have had anything,” Winski said.

Stabosz, who’s in the second year of his first term as auditor, blamed Winski for not making things any easier for him when he first took office. He said a key member of his tax team retired and alleged two other key members of his office were hired away by Winski.

“A number of people said to me they’re concerned somebody is trying to sabotage my office. I do not believe that. I refuse to believe that, but I’ve had a half dozen people bring that issue up, and with the type of commentary she’s made here tonight, I’m starting to believe that maybe it’s true,” Stabosz said. 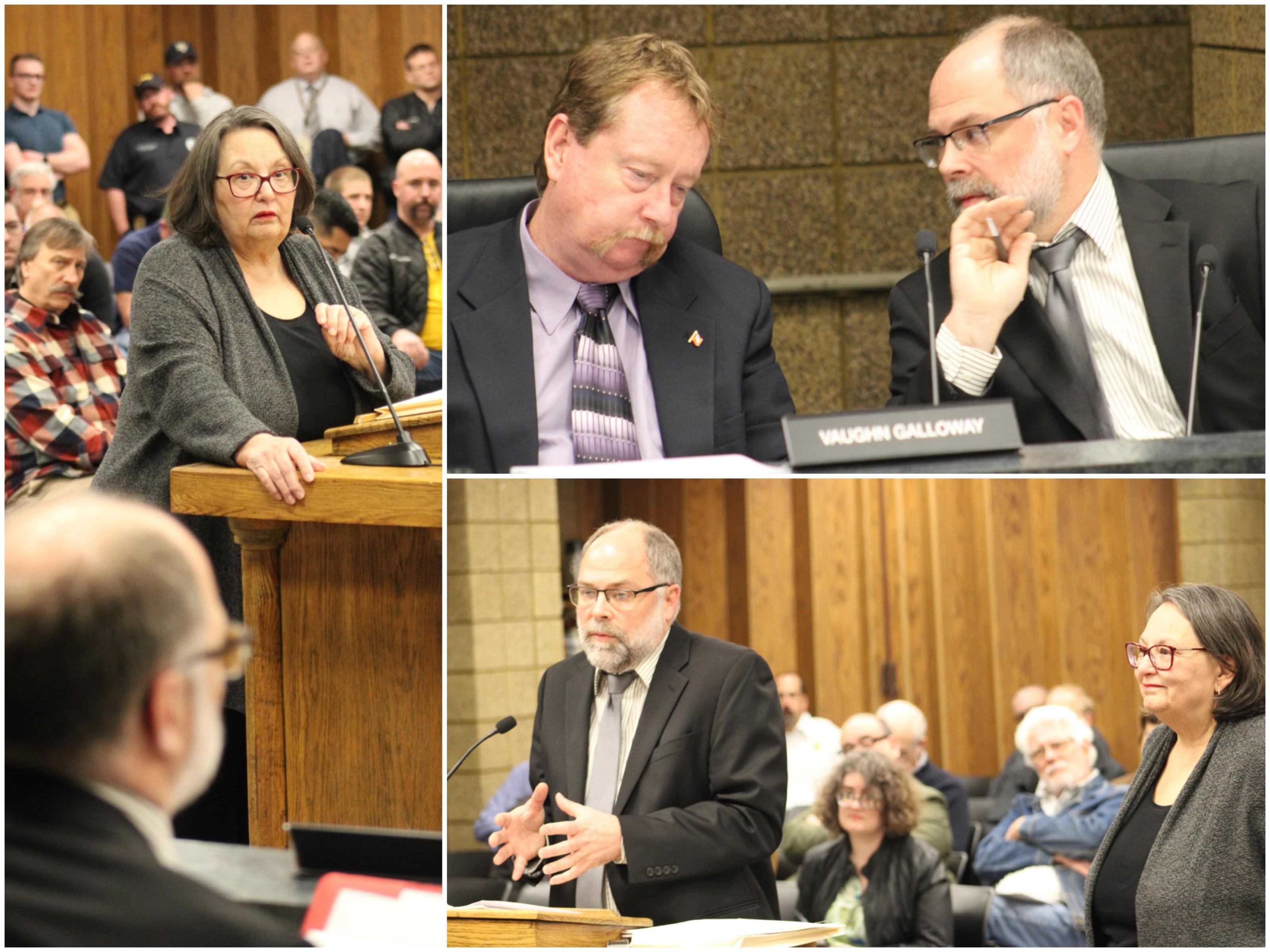 n Mike Mollenhauer then told Stabosz maybe he's been spending some of his time away from his duties to do some political sabotaging of his own.

Stabosz is currently being sued for defamation of character by La Porte County Attorney Shaw Friedman for alleging Friedman runs county government. He’s also been withholding payment to Friedman since last year on some of his invoices because of questions he has about the validity of the work.

Stabosz said he and others are to blame for not catching the mistake before the bills were sent out.

The deadline for paying property taxes is May 10. Homeowners are urged to pay and the difference will be reflected on their fall tax bills. Stabosz believes that the tax bills are primarily within $30 from what they should be, except for homeowners whose assessments drastically increased.