(La Porte, IN) - There’s an emphasis on God and country in the first campaign ad on TV from a La Porte woman running for Congress.

The beginning of the cable television ad running in Lake, Porter and La Porte counties begins with school children singing the Pledge of Allegiance and the words “One Nation Under God.”

Republican Blair Milo said it was her idea to start the campaign ad that way because she wanted to illustrate what’s great and should remain great about America.  “I wanted to be able to communicate an aspect of our core beliefs and our liberties that are a key part of who we are as Americans and I think our freedoms have come under attack over the past few years. That is a key piece of what we are fighting against,” she said.

Milo also makes reference to her service in the U.S. Navy, which included two deployments to the Persian Gulf. 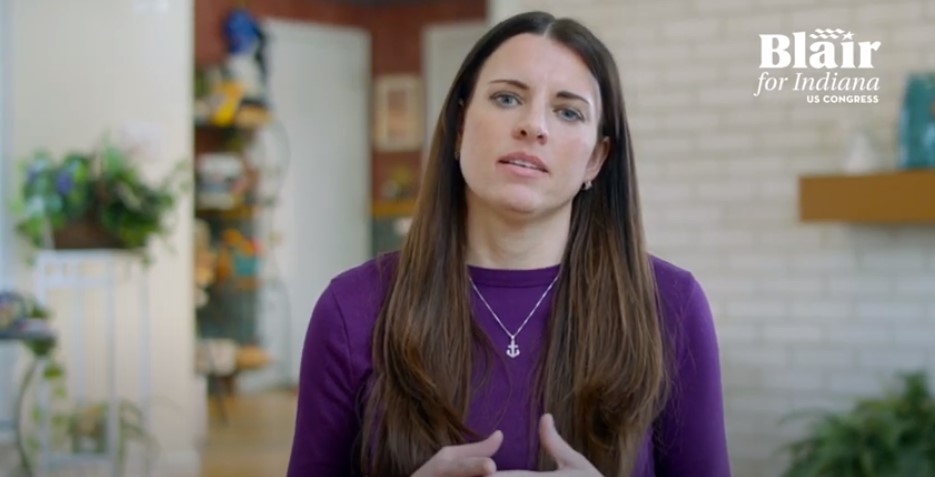 During a telephone interview, Milo also said she took an oath to defend the U.S. Constitution and enemies domestic and abroad and she’s fighting back against a war on America from the policies doing great harm to the country.

Milo, elected mayor in 2011 and again four-years later, is running against six other republicans for the party’s nomination in the May primary.  They’re running for the seat now held by Congressman Frank Mrvan, a democrat from Hammond.