(New Buffalo, MI) - The New Buffalo High School boys basketball team came out on the winning side in a huge manner recently.

The Bison (14-1) defeated Howardsville Christian 86 to 36 at home Friday on December 11, and the players seemed to have fun doing it before a cheering, nearly packed house.

New Buffalo lost to Howardsville Christian in the District 4 regional opener last year after a comeback attempt fell short. It was a game Tripp felt his underperforming players should have won.

Tripp, who has all five starters back from last year, said he wasn’t out for revenge since Howardsville Christian has a new coach and just a few players remaining from the previous season.

However, Tripp said he wouldn’t ease up despite a 42-point lead at the end of the third quarter.

“I don’t mind putting it to them. What comes around, goes around. We’ll take our lumps in the future. They dished out their lumps in the past,” Tripp said.

New Buffalo went into the game as the No. 3 ranked team in Michigan in Class D. 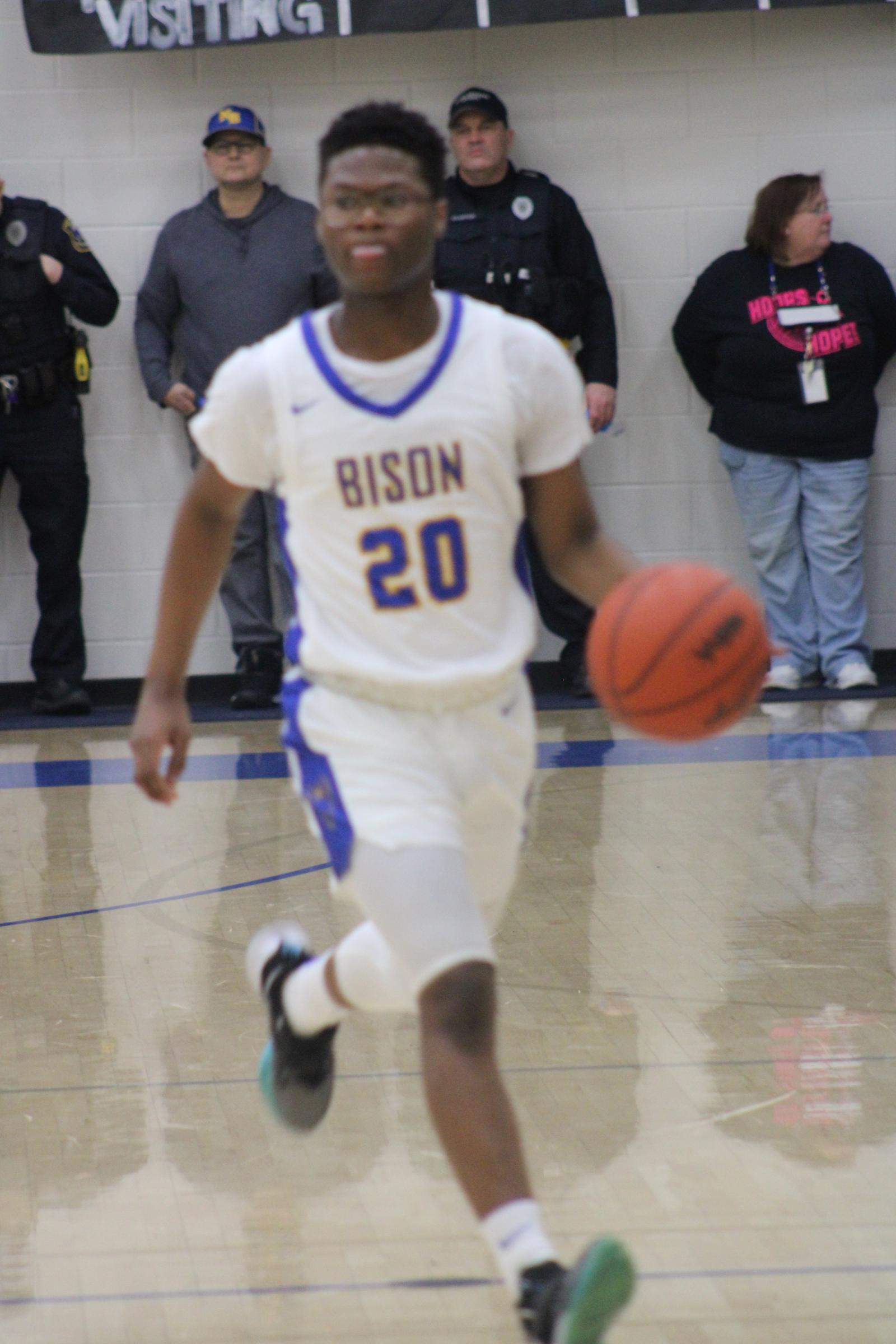 The Bison started slow on offense, but their fast-paced play eventually produced buckets in transition from players like Jeremiah Mitchell, Mark Shaw, and Kaden Parmley.

New Buffalo, ahead by 13 points at the end of the first quarter, extended their lead to 20-points early in the second quarter. After hitting a series of open shots, the Eagles pulled to within 13-points. However, the Bison quickly retook command and went into halftime, leading 49 to 22.

In the third quarter, Shaw and Mitchell were spectacular, turning a burst of steals into driving lay-ups with their speed and quickness.

The three-point shooting by Parmley, along with a rash of buckets close to the rim by 6’9” center Zack Forker were like icing on the cake for the Bison entering the fourth quarter with a 42 point lead.