(Michigan City, IN) - New bleachers have replaced the old metal ones dating back to when Michigan City High School was first constructed in 1971.

The new bleachers made of hard plastic are blue, which seems to be a better fit for the gymnasium since blue is in the school colors and the Wolves logo.

"It's a huge upgrade in the way it looks," said Betsy Kohn, Director of Communications for the Michigan City Area School Corporation.

Kohn said the new bleachers are also safer for people attending events because they have railings in every aisle, which the old bleachers did not have. The old bleachers were also having mechanical problems when they had to be folded out and folded back in.

Kohn said the bleachers arrived several months ago, and installation should be completed by the end of the week.

While at his old stomping grounds, Michigan City basketball legend Dan Palombizio said he was impressed with the bleachers, which also feature the Wolves logo. He believes that the bleachers might help attract more sporting events to the gymnasium.

"It looks awesome. It's great for the community," Palombizio said.

Palombizio was Indiana's Mr. Basketball in 1981 and was the 9th all-time leading scorer in state history when he graduated. He went to college basketball stardom at Ball State University and played professionally overseas for many years.

*** Edit: a previous report stated that the old bleachers in the gym were wooden. In fact, they were metal. We apologize for this error. 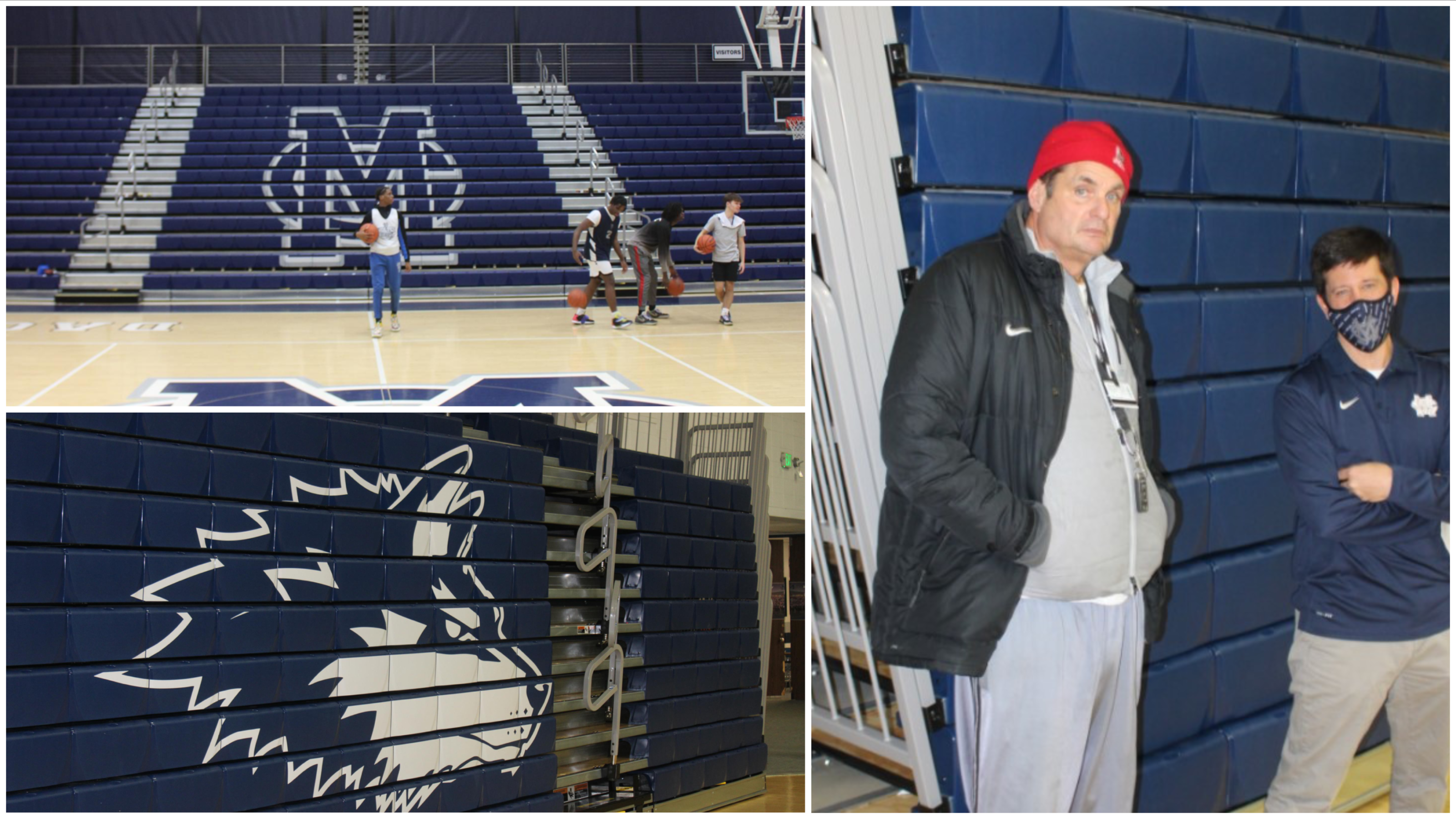