(La Porte County, IN) - Perhaps it was no laughing matter, but a local official being sued couldn’t control his funny bone.

Jonas said Friedman and Commissioners Rich Mrozinski and Sheila Matias had been victims of a year-long smear campaign because they supported Friedman being retained as the county attorney.

While Jonas was speaking highly about the reputation of Friedman and La Porte County government, Stabosz seated just a short distance away began noticeably laughing, loud enough for Jonas to pause for an extended period while Stabosz kept chuckling. 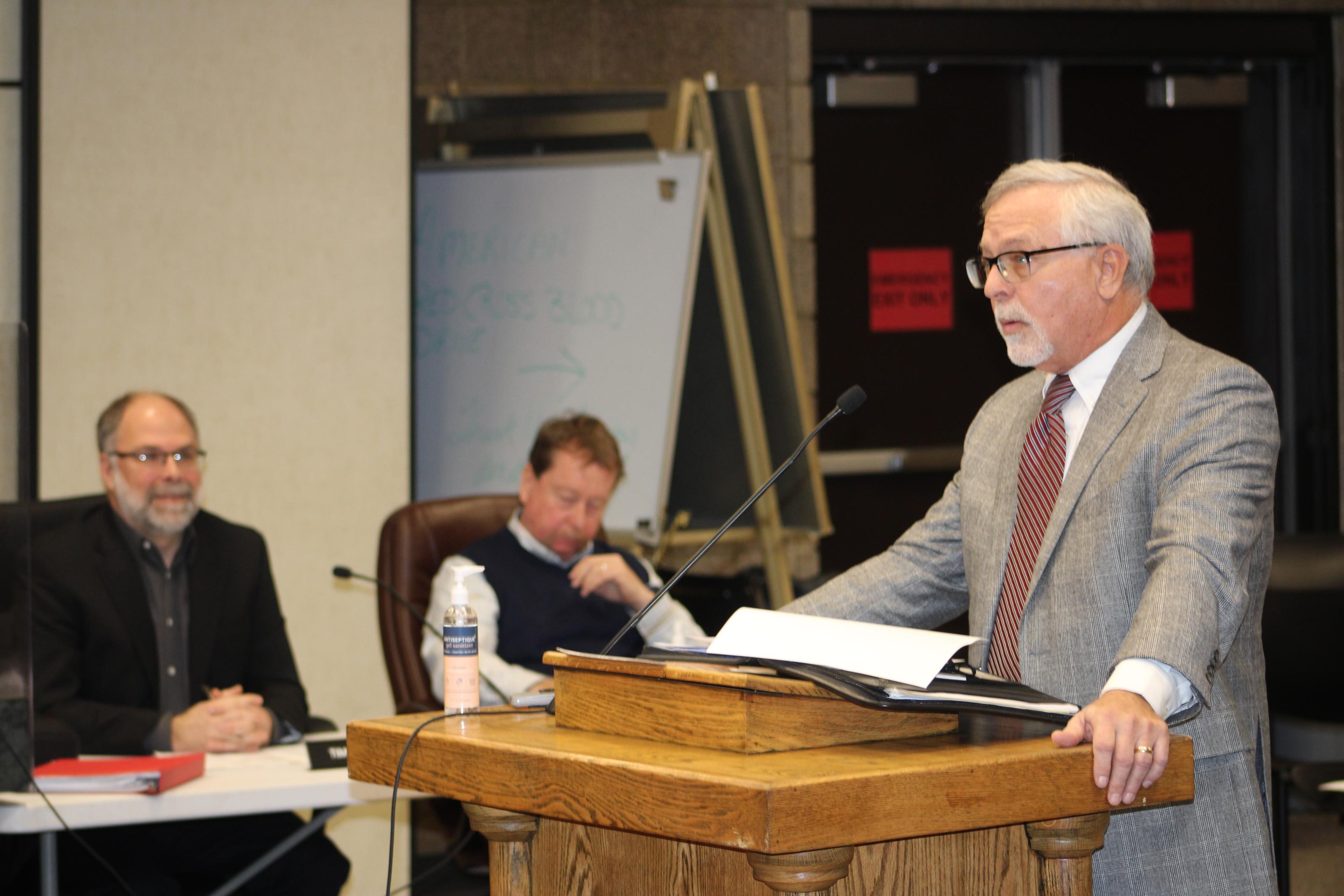 Jonas resumed his presentation when the laughter died down, but Stabosz again broke out in laughter over the words of Jonas, who said the “baseless non-sense” expressed against his client is the reason for the lawsuit.

“Mr. Friedman has a solid track record of fighting for the citizens of this county,” Jonas said.

Eventually, Commission President Sheila Matias tapped her gavel several times before asking Stabosz to stop with his disruption when his laughter became louder.

In February, Stabosz was sued after claiming Friedman runs the county government behind the scenes. The motion to dismiss the case was rejected when Elkhart Superior Court 2 Judge Steven Bowers ruled that Stabosz failed to provide sufficient evidence to substantiate his claims against Friedman, giving a legal win to Friedman.

After Jonas quit speaking, Stabosz stepped up to the podium and revealed he plans to appeal a recent ruling by a judge who rejected his request to have the case against him dismissed. Stabosz also said he looks forward to the case going to trial.

Jonas said the actions of Stabosz, which also hurt the reputation of the La Porte County government as a whole, will eventually cost taxpayers. Stabosz said he is presently paying for his legal expenses at $25,000 out of his pocket.

"Here we got this attorney, who is a hired gun for Mr. Friedman, saying I am going to cost the taxpayers money. What is he talking about? It's nonsense," he said.