Head Coach Nate Tripp said he was not happy about the play of his team on defense and his players giving up too many second shots.

“I think we had a solid game but they weren’t supposed to score that many points and they killed us on the offensive glass. That’s not how we rebound the basketball so we got a lot we got to work on,” Tripp said.

The 6’9” Forker, looking unstoppable when he shot the ball, scored the first seven 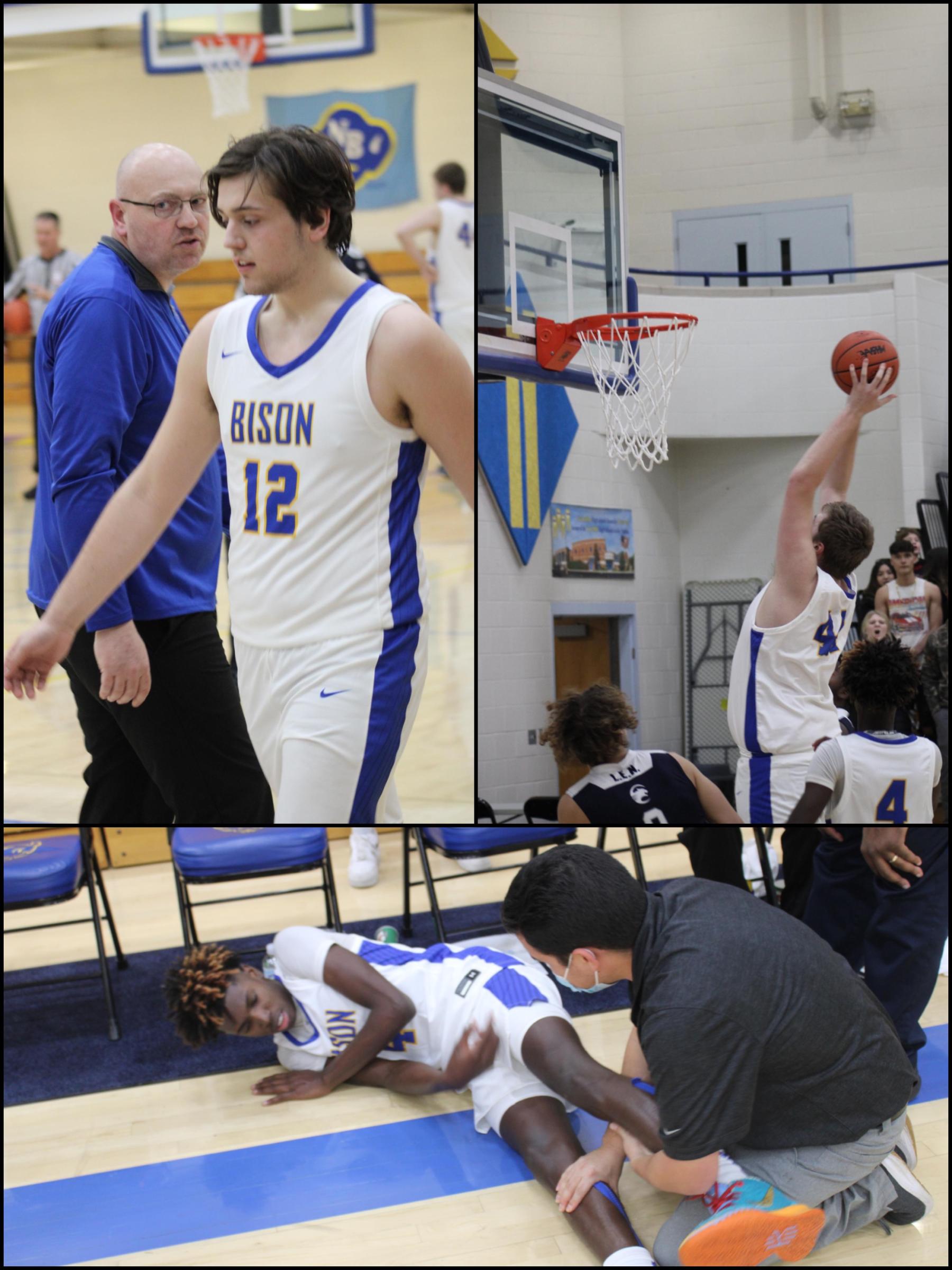 points for the Bison, then Mitchell and Parmley began scoring buckets in droves.

Parmley sank a three-point shot just before the first-quarter buzzer. He and Mitchell started the second quarter by quickly hitting a pair of buckets to give the Bison a 31-14 lead extended to 47 to 24 at halftime.

Parmley started the third-quarter scoring with a lay-up off a steal. After having his shot blocked, the crowd roared when Forker hustled to the other side of the court in time to record a blocked shot of his own. The emergence of Forker as a major force should work to the advantage of the Bison, with all five starters back from last year’s District 4 championship squad.

Tripp said Forker and the bulky 6’ 1” Vinson in the game at the same time would give teams give trouble on offense and defense.

“Both guys know where the gaps are. They know how to rebound. That’s going to create a match-up problem sometimes when we go to our twin towers,” he said.