(La Porte, IN) - A work crew member digging in LaPorte was buried alive today before firefighters dug him out.

La Porte Fire Chief Andy Snyder said the man was taken by ambulance to a trauma center at Memorial Hospital in South Bend after being evaluated at the scene by paramedics.

Snyder said the man was conscious and incoherent. He did not know the extent of his injuries.

“That’s for the medics to answer,” he said.

Firefighters, not long after noon, responded to 201 Park Street. Snyder said an excavation crew using a backhoe dug in front of a house next to a sidewalk. The hole was about eight feet deep and four feet wide when one of the crew members jumped in. 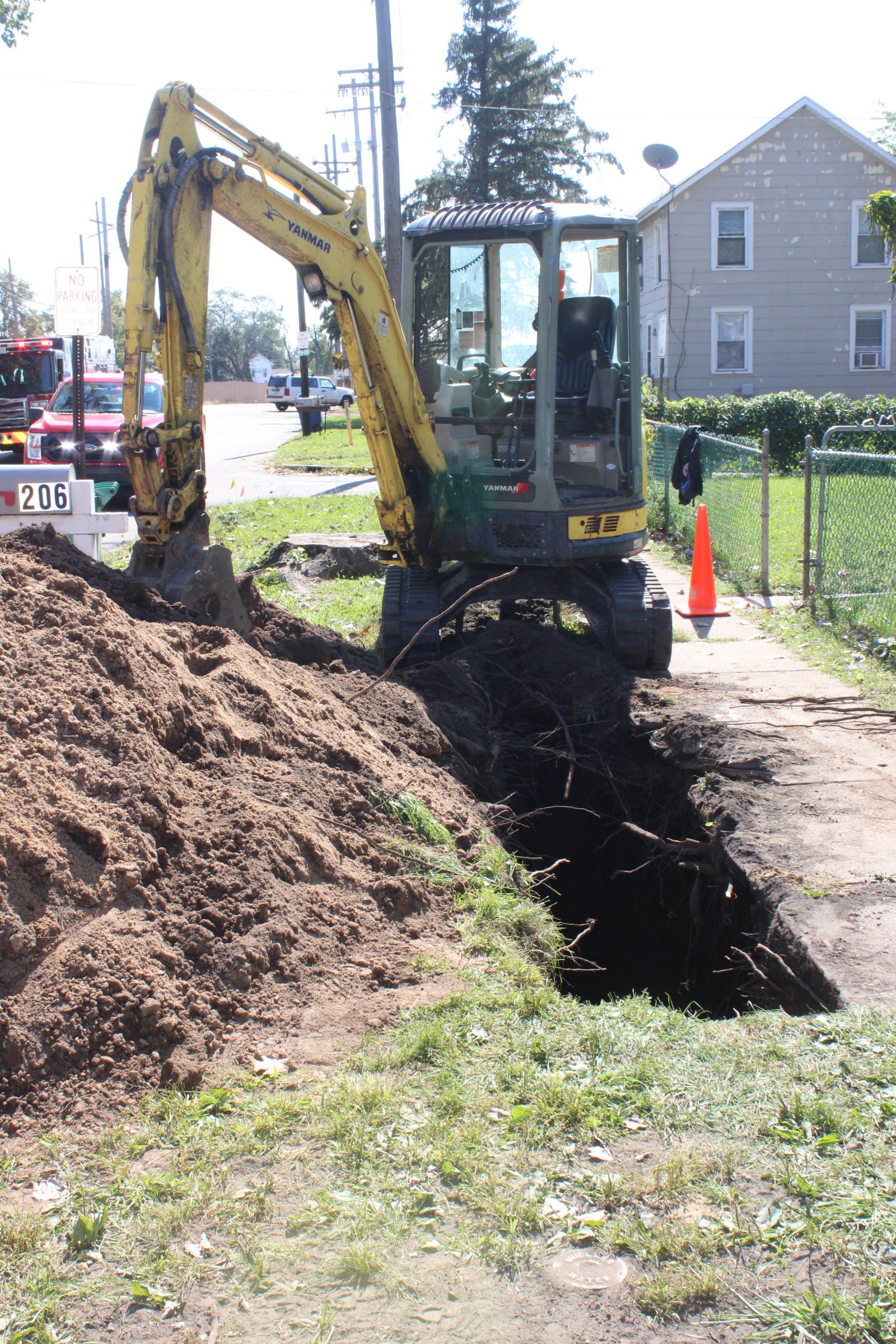 Snyder said the investigation revealed the hole's walls caved in, covering the man with dirt entirely over his head.

Snyder said other crew members were able to clear enough dirt from the hole to clear his head.

About a half-hour later, the man was pulled out by firefighters using shovels to dig out more of the dirt and medical backboards to shore up the hole's walls to keep it from collapsing again.

Snyder said the reasons for the digging and the man jumping into the hole were not immediately known.

“We’ve contacted the proper authorities and they’ll get involved with it and see what went wrong,” he said.