(La Porte, IN) - A 22-year old LaPorte woman stepped away from the classroom to answer what she feels is her greater calling in life.

Downtown Delights at 702 Lincolnway is a self-serve operation with indoor seating in one of the newly refurbished buildings downtown.

Dickman was a budding elementary school teacher when her mother, Michelle, sensed a need for such a business here after paying a visit to a frozen yogurt shop elsewhere and pitched the idea to her daughter. She was also well aware of her daughter’s interest in running something like a coffee shop or small café someday.

At first, Dickman said, she dismissed the thought of switching gears so quickly. But, after giving it more thought, Dickman said she realized going into business where she could be her “own boss” was a better fit.

“I decided, you know what, this is the perfect time for me to step away and give it my all,” Dickman says.

Customers can also make their way over to a bar featuring more than 30 flavors of toppings. There are candy toppings such as Twix and Reese’s and sauces like hot fudge and hot caramel. 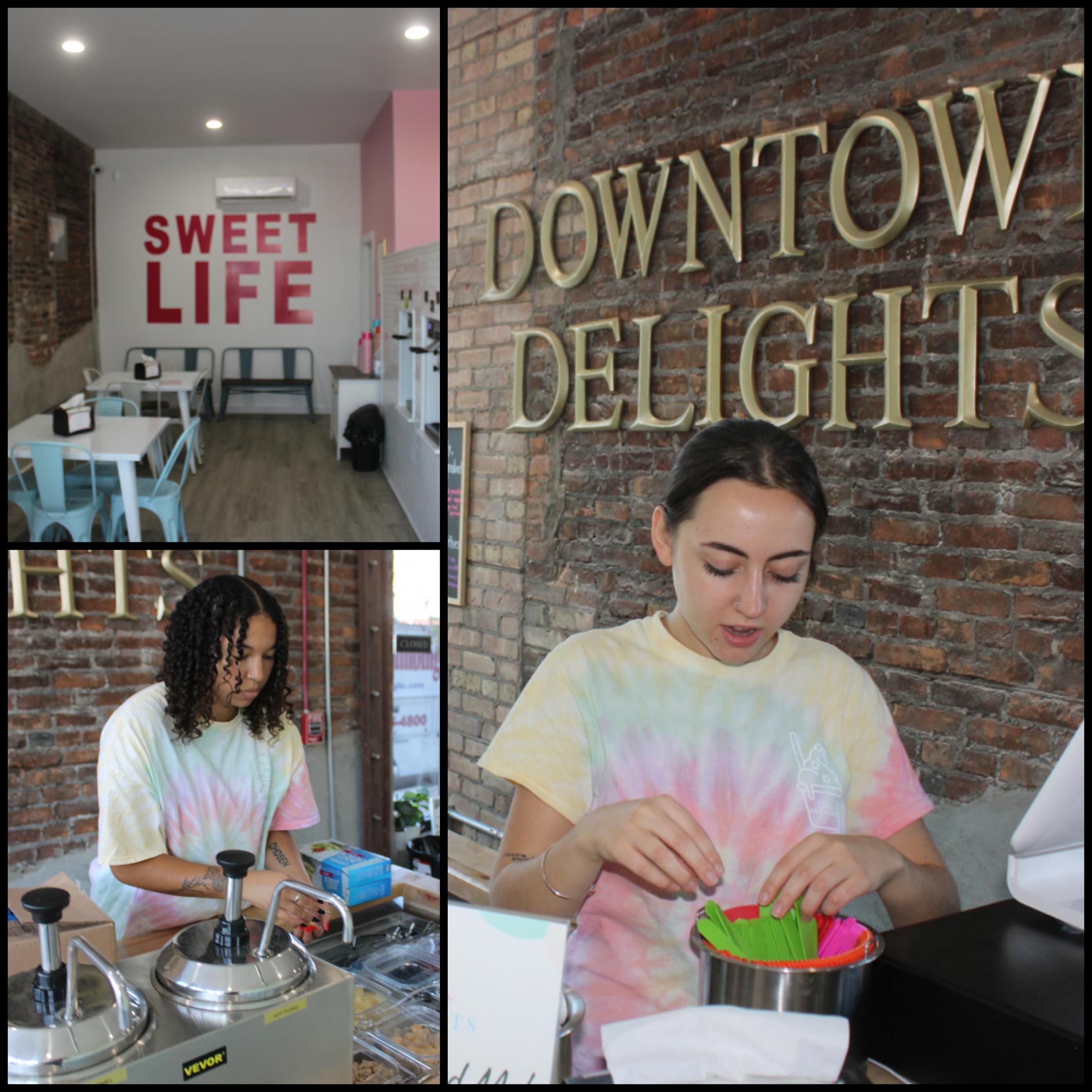 Other toppings vary from cookie dough and brownie bites to strawberries and pineapples.

“Anything you can think of for any ice cream or yogurt topping, we have it,” Dickman says.

Strawberry-banana and mixed berry smoothies will start being offered next week. Those flavors were chosen from her taking a social media poll.

The shop will be open year-round with free hot coffee and hot chocolate provided with any purchase to help draw enough customers during the winter.