(Michigan City, IN) - Over 100 people gathered yesterday to call for the mayor of Michigan City to resign.

Mayor Duane Parry described ministers as black guys wanting an audience after thinking he hung up the phone on a call he placed to African American Pastor James Lane. However, the phone was still on, and Parry's comment was recorded on Lane’s voice mail. 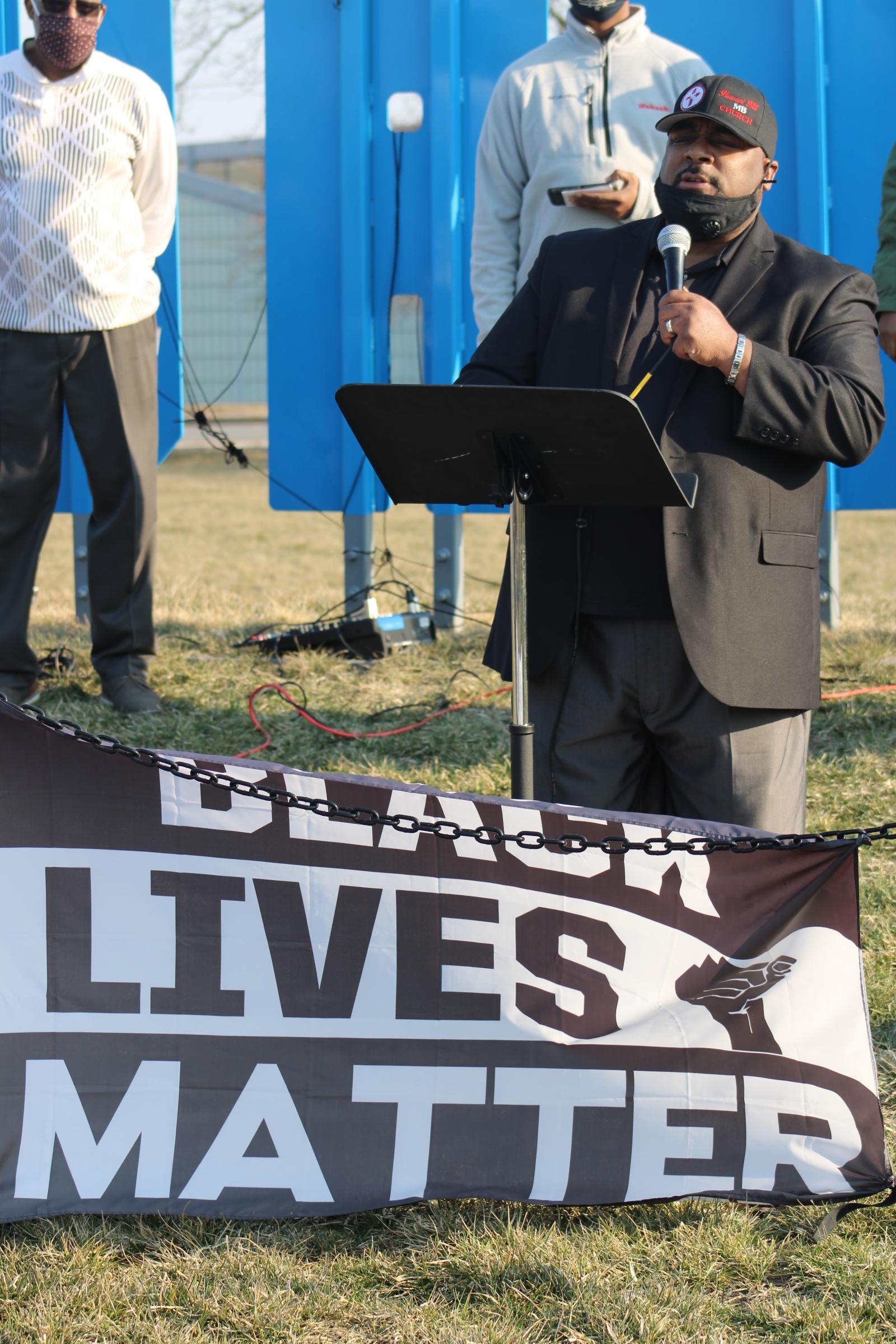 The two men were trying to reach each other over an issue involving African-American Police Chief Dion Campbell ministers from the black community felt was handled unfairly.

Lane, one of the speakers at the rally, said Parry remains stuck during segregation and needs to resign. “Mayor Parry still hasn’t let go of the past.  The time is always right to do what is right,” he said.

25-year-old Cassie Dragos of Michigan City held a sign that stated: "RESIGN."  “We should not have political leaders that perpetuate such harmful dialogue. What he said was racist," Dragos said. 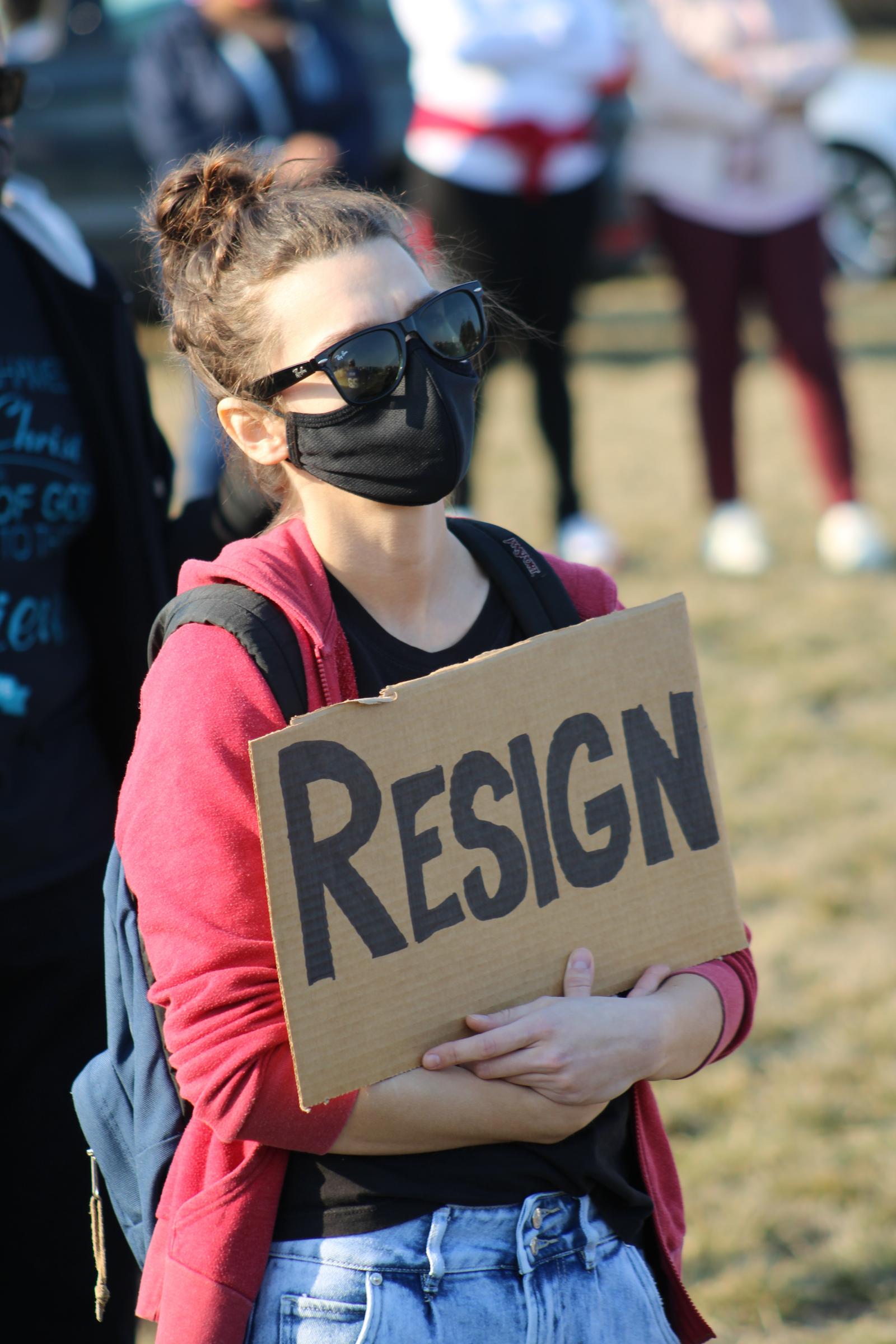 Originally, the rally was planned outside City Hall but was held across the street. City Hall was vacated before the rally, and the parking lot blocked to keep vehicles from pulling into the lot.