(La Porte County, IN) - A stretch of U.S 30 in LaPorte County was closed in both directions after a tanker truck hauling gasoline was rear ended by a tractor trailer this morning.  The accident happened about 7:30 a.m. CST near Hanna.

LaPorte County Haz-Mat Director Jeff Hamilton said the tanker, after stopping for a railroad crossing, was struck in the rear by the semi pulling a box trailer.  Hamilton estimated 7,000 gallons of the 9,100 gallons of gasoline leaked on the ground from the ruptured tanker.

He said the Indiana Department of Environmental Management and the United States Environmental Protection Agency was responding to the scene because of the size of the leak.  “We’re just trying to get it cleaned up right now,” he said.

Hamilton said the gasoline containing no additives is commonly used in chain saws and other equipment running on four cycle engines. 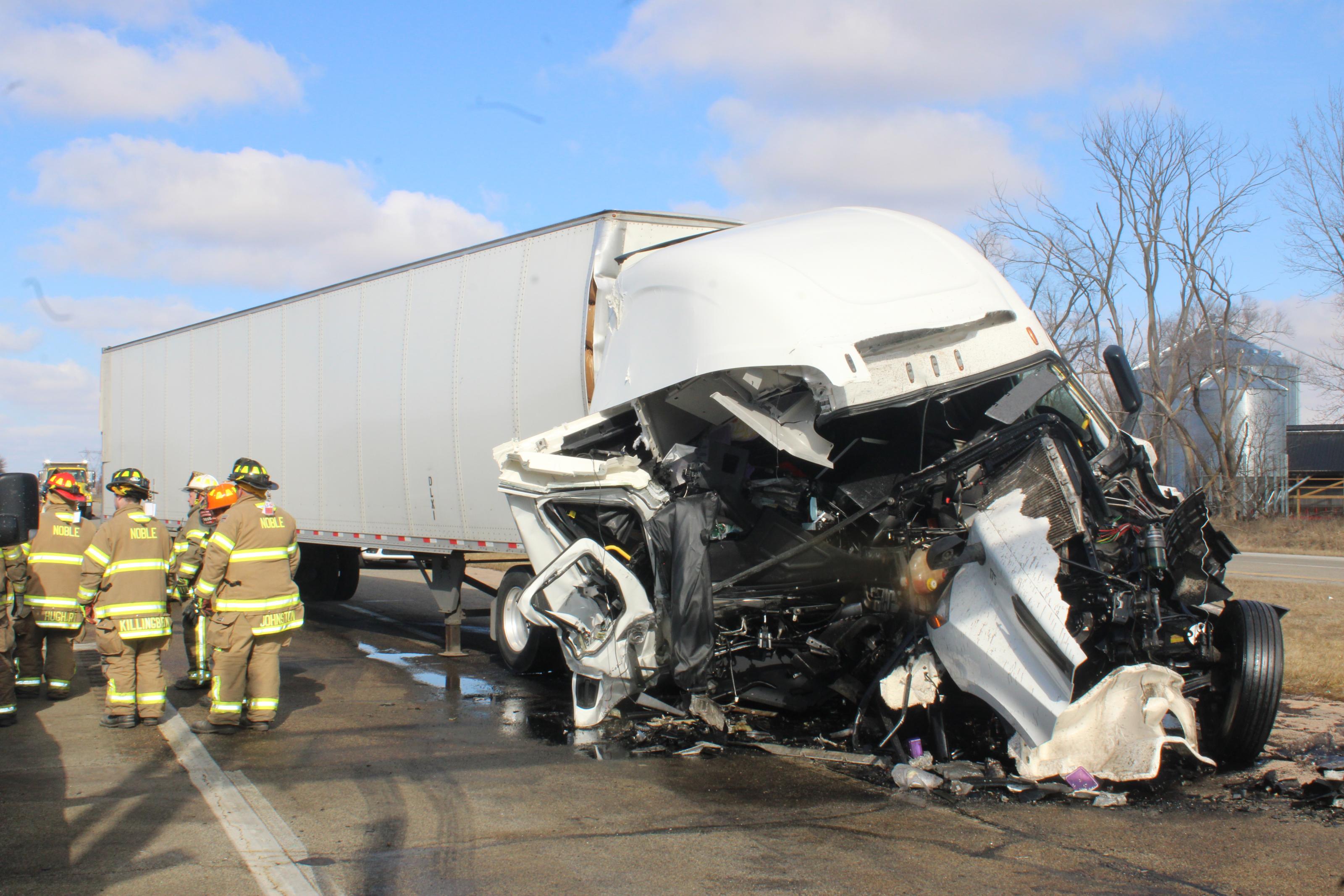 Hamilton said IDEM will test wells in the area over the next several days “to make sure there’s no impact into the drinking water out here.”

At the time of the incident, no train was present  at the crossing.  Hamilton said semis carrying hazardous materials must stop at crossings whether there’s a train or not.  “He was doing what he was supposed to be do and was getting ready to take off when the other semi hit him.  Rear ended him really,” he said.

Hamilton said the highway will be closed for least the remainder of the day because of the work involved in cleaning up the site.