(La Porte, IN) - A college student from La Porte was in Tampa Bay for the big game on Sunday learning the ropes of what could become her future career in the professional sports world.

Alyssa Nelson, 21, said the absolute thrill of working the game at Raymond James Stadium in Tampa, Florida was more than she expected.  Topping it off was meeting celebrities like Gisele Bundchen, the wife of the once again Super Bowl winning quarterback Tom Brady.

After a break, Nelson said she was waiting for the elevator so she could go back down to the field level of the stadium.   Bundchen was standing inside the elevator when the doors opened.  “I’ve seen pictures of her before and I was like. No way,” she said. 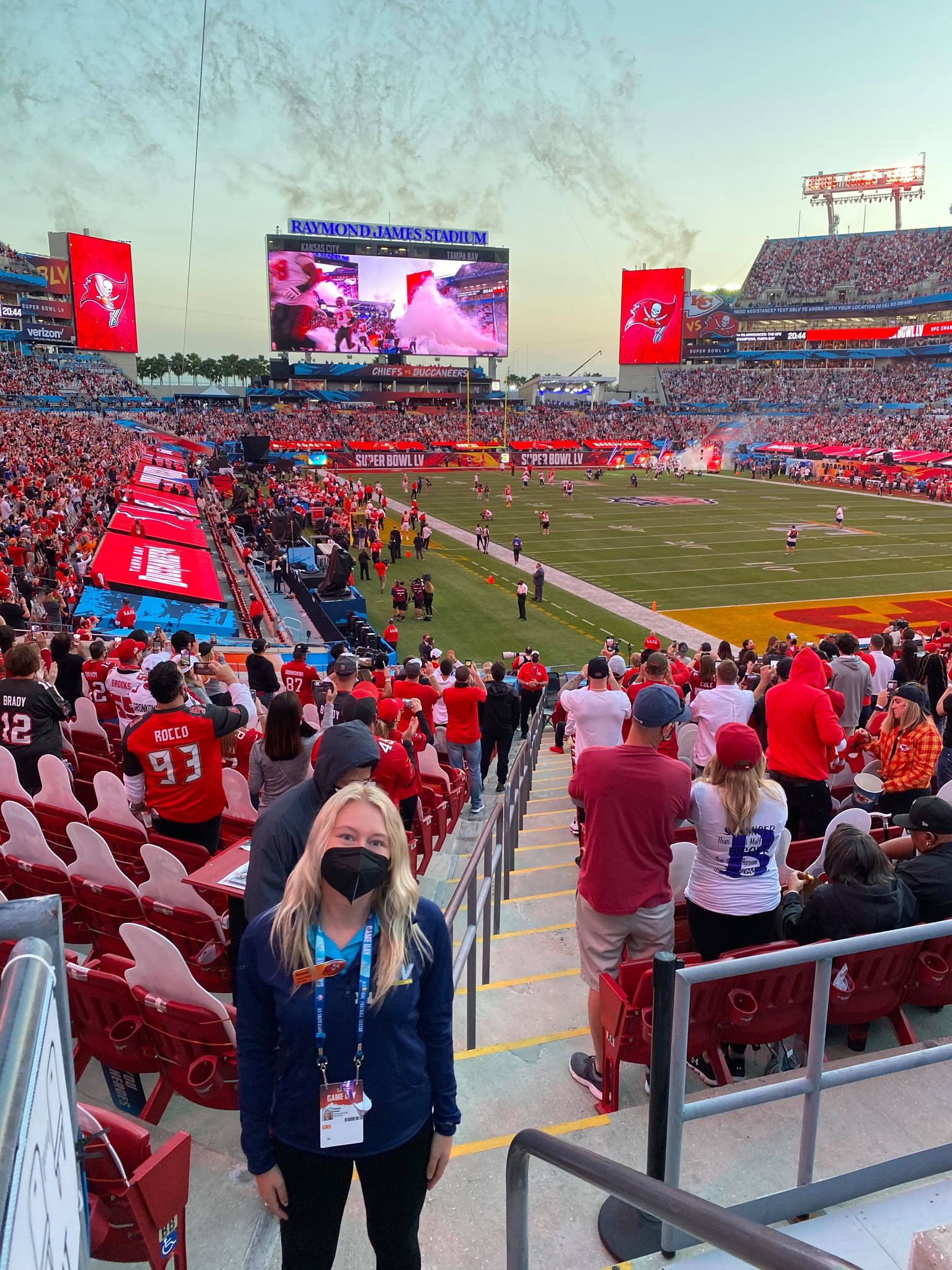 Brady’s wife stepped out and uttered a quick hello before heading past her toward the luxury suites.  “I just stood there and looked at her,” she said.

Working the game, won by the Tampa Bay Buccaneers over the Kansas City Chiefs, was part of her nine-day internship working other sports and events in the city.

Nelson, who played basketball and softball at New Prairie High School, is majoring in sports management at Indiana University-Purdue University in Indianapolis.  “I got to learn a lot about the industry for sure,” she said.

During the Super Bowl, she helped fans having trouble locating their seats on their game ticket apps.  Among her other duties was keeping fans away from the Pirate Ship area of the stadium for the halftime show by The Weeknd.  Nelson is in free style and hip hop dance club at IUPUI and The Weeknd is one of her favorite entertainers.  He walked right past her while thanking every member of the stadium crew for their help.

She’s hoping to be chosen for an internship to work the Super Bowl and other events next year in Los Angeles.  After receiving her degree, Nelson said similar work for professional sports teams is what interests her the most right now.  “That’s definitely the end goal I’m trying to accomplish and this experience with the Super Bowl just pushed me and motivated me more,” she said.