(Rolling Prairie, IN) - Two people were injured in a late Tuesday morning collision between a passenger vehicle and semi-truck in LaPorte County.  It happened at about 10 a.m. (Central Time) near Rolling Prairie.

LaPorte County Police deputy David Francis said statements from witnesses indicate the passenger vehicle pulled out from a stop sign on Oak Knoll Road into the path of a semi-truck westbound on U.S 20. 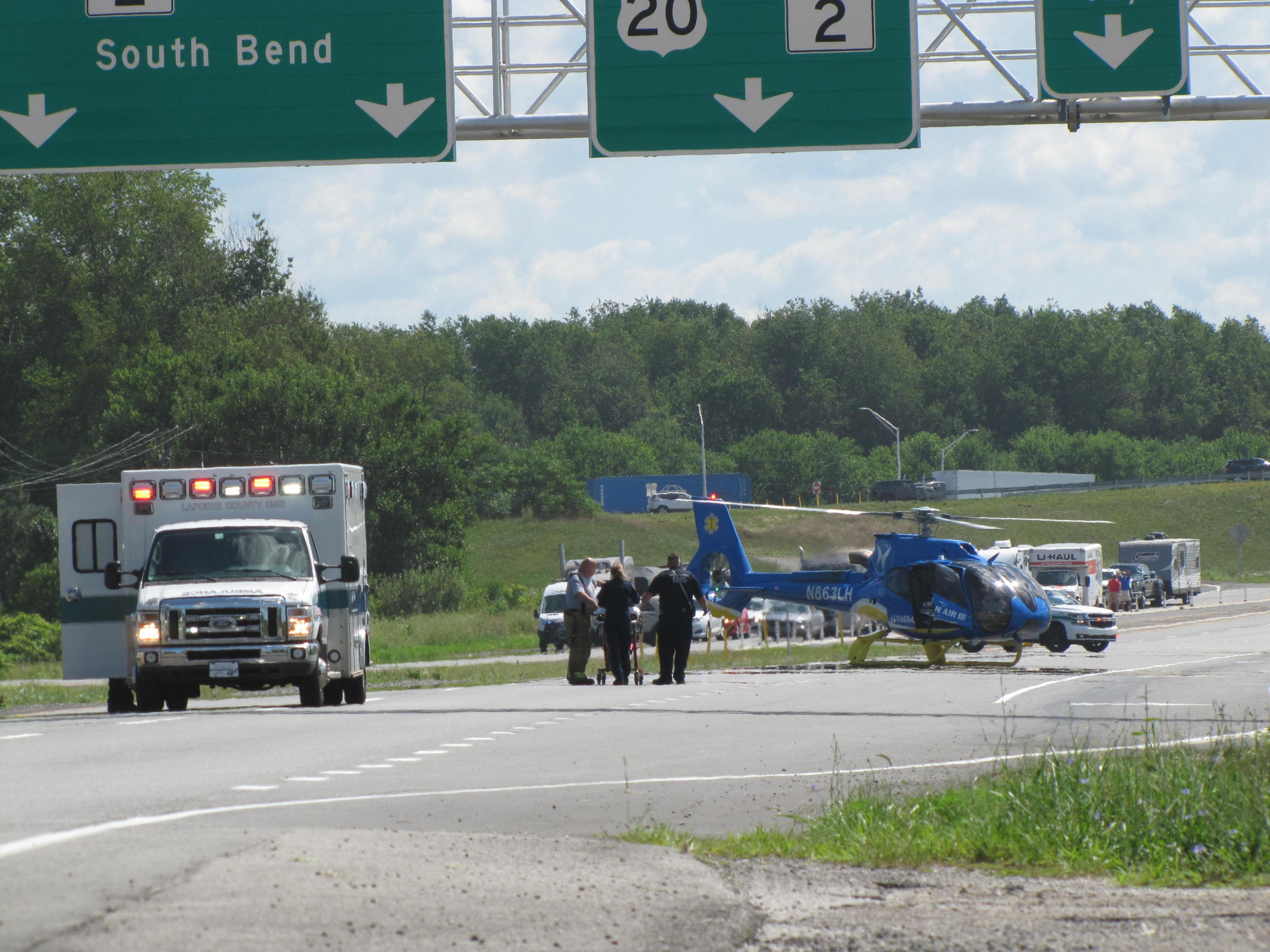 The semi and passenger vehicle came to rest in a wooded area on the north side of the highway several hundred feet from the point of impact.  One person involved in the crash was taken by a medical helicopter.

Their conditions were not known.   “Anytime we bring a helicopter in usually it’s pretty serious,” McGuire said.

All lanes of U.S 20 in both directions were closed for more than two hours to allow for the crash site to be investigated and cleaned up.

Devon Wells, an employee at the nearby New Prairie Small Animal Clinic, said she and her co-workers heard the collision then after seeing the wreckage and nobody getting out of the vehicles called 911. “It was kind of scary,” she said.

The names of the people involved in the crash and other details have not yet been released by LaPorte County Police.