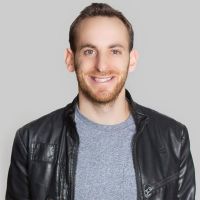 He is also a special correspondent for the syndicated entertainment newsmagazine television show Celebrity Page seen on Reelz Channel and over 150 TV affiliates, including ABC in New York, CBS in Los Angeles, WCIU-26 in Chicago and WSBT-22 in South Bend.

Sam’s interviews have received coverage from numerous media outlets including Entertainment Tonight, E! News, PEOPLE, USA Today, Forbes, ABC News, Yahoo News, Sports Illustrated, MSN, Access Hollywood, LA Times, Time and Newsweek. Sam has appeared as himself in an episode of ABC-TV’s Nashville. He is an ambassador for Get Caught Reading, a nationwide campaign to remind people how much fun it is to read.